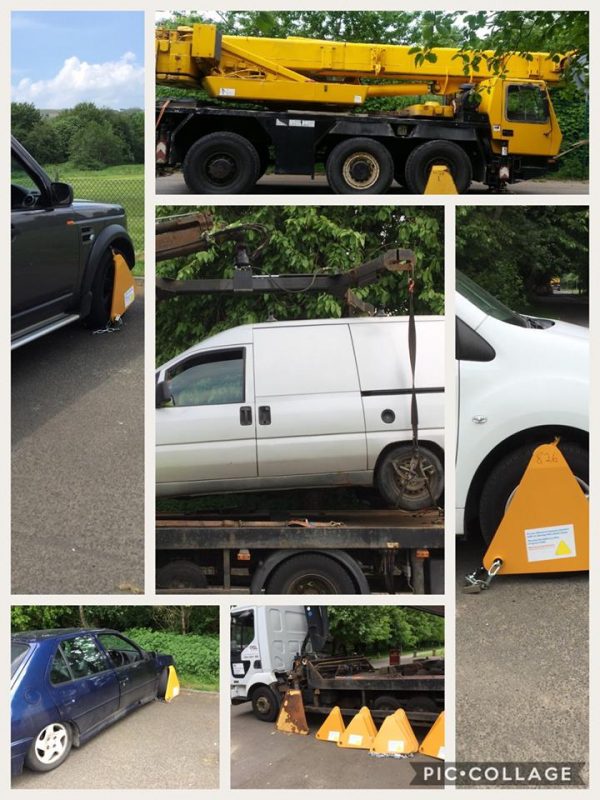 Some of the illegal vehicles clamped in Derry today

POLICE say motorists in Derry are still not heading the message that their vehicles must be legal to be driven on the roads in the city.

During a crackdown today, a total of 21 vehicles were clamped for either having no tax, no insurance or a valid MOT certificate.

just don’t seem to be getting the message.

“Your vehicle must be taxed, MOT’d and insured to be on the road

, your vehicle must also be in a roadworthy condition.

“If you risk it, apart from a court appearance you could cause serious injury to yourself

or others and face a custodial sentence.

and the DVA were working together today in the Waterside area to make sure the roads are safe for everyone.

“From today there were 21 Clamps, 11 tickets for no tax issued, 5 No MOT tickets, 1 Vehicle Defect Rectification and one vehicle seized for suspicion of being driven in a dangerous condition. ”

21 illegal vehicles clamped during crackdown in Derry was last modified: May 25th, 2018 by John