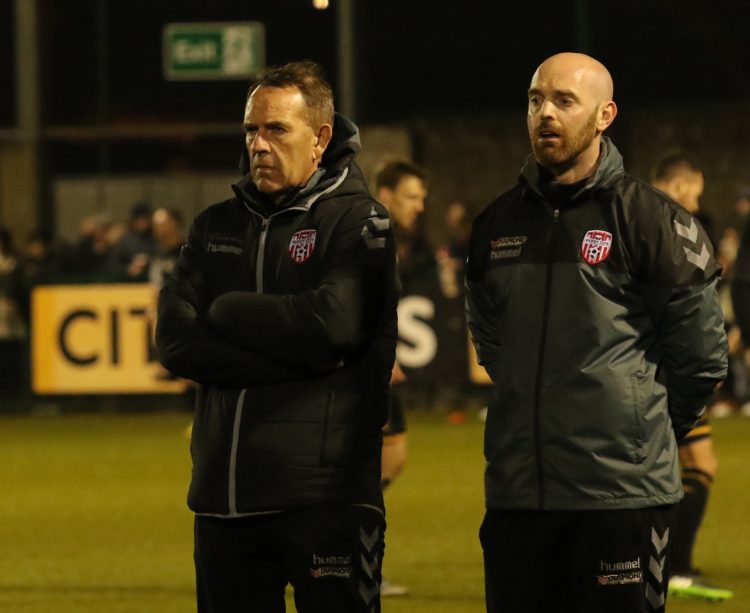 Derry City v Bray Wanderers: We have to bounce back after two defeats, says Shiels DERRY City have an opportunity tonight to make up for Friday night’s disappointment at Inchicore when they entertain Bray Wanderers (kick off 7.45 pm).

Despite that excellent start to their busy schedule of April and May, Kenny Shiels’ side have slipped back a bit after a tough run of recent games but have an opportunity to get back to winning ways against the Wicklow side.

A win this evening could help City retain fourth position over St Pat’s on goal difference.

The Derry boss however is taking nothing for granted ahead of that game.

“We’re managing a lot of tired limbs at the minute and we’ll be without Nicky Low against Bray. He has done a really good job for us this season but he won’t be available due to injury.

“The players should enjoy playing Bray on a pitch with a bit of width a bit more than when we went there recently.

“That said they’re battling hard themselves so we’ll get nothing for free.

“We have to bounce back after those last two games. There have been factors in both that we had no control over but we have to move on.

“There’s no point on dwelling anymore on the things that happened.

“We need to get the positivity back and the only way to do that is by getting back to what we had been doing well.”