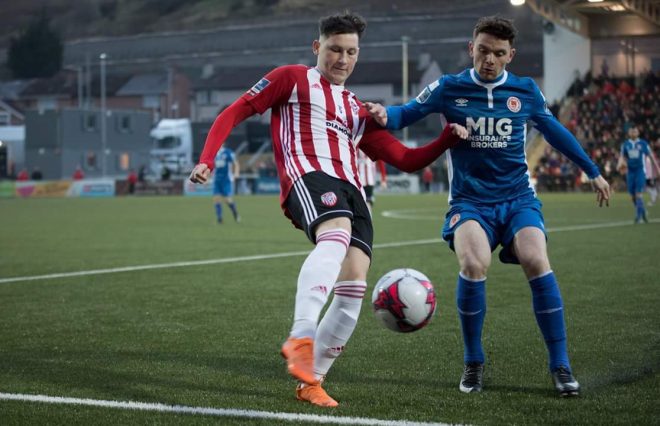 KENNY Shiels’ side are back on the road tonight, Friday, May 18,  when they visit St Patrick’s Athletic as the place for a top-four spot in the SSE Airtricity League intensifies (kick of 7.45 pm).

The Inchicore club can consider themselves unlucky to have left the Brandywell empty-handed earlier in the season but are now right back in the mix after a good run of recent results.

City boss Shiels has a few new injury concerns ahead of the game at Richmond Park as Conor McDermott, Nicky Low and Ronan Curtis all sat out today’s training session.

“We will be understrength tomorrow night, there’s not much doubt about that” he said.

“Some of the lads have featured heavily during our recent schedule and it takes its toll. We’ll look at things once we get to Dublin but at this stage I’m resigned to being without a couple of regular starters.”

Derry will be looking to recover from a recent run of one point from their last three games but could find the going tough against the Dubliners who have beaten Shamrock Rovers, Limerick and Sligo in that same time to move level on points with their visitors.