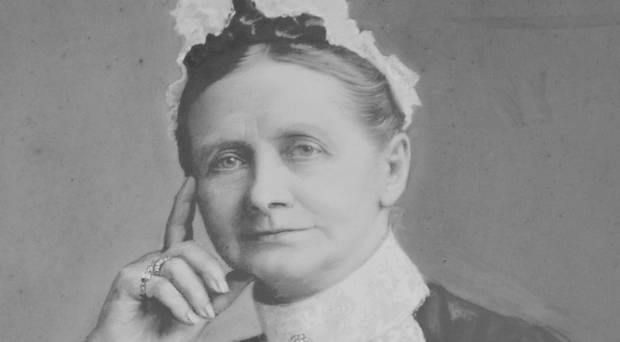 Praise Derry woman who wrote some of our finest hymns, says MP

THE DUP’s Gregory Campbell is calling for greater recognition of hymn-writer Cecil Frances Alexander to mark the 200th anniversary of her birth.

The East Londonderry MP has tabled a motion at Westminster calling for acknowledgement of the life and works of the woman who penned ‘Once in Royal David’s City’ and ‘There is a Green Hill Far Away’.

Mrs Alexander lived in Strabane and later married Rev William Alexander – a future bishop of Derry and Raphoe – before moving to live near Castlederg.

Mr Campbell said: “Mrs Cecil Frances Alexander wrote some of the most popular hymns in the English language, yet not as much is known about the woman behind the music and words.

“Since her death in 1895, her hymns have continued to be much revered and sung throughout churches and Christian gatherings across the world.

“Her hymns are much loved and reach to the heart of the Christian gospel message.”

The MP added: “Although her hymns were originally published for children, the authenticity of message and beautifully composed melodies still strike a chord with many today, having won the hearts of both young and old.

“As one of our most famous hymn writers, her life should be celebrated and recognised for the contribution she made to worship in the English Language.

“There is no better time to recognise her contribution than this month, which marks the 200th anniversary of the birth of Cecil Frances Alexander.

“Her legacy should be remembered for future generations.”

The call came as a portrait of Mrs Alexander at Londonderry’s Saint Columb’s Cathedral was restored.

A grant from the Heritage Lottery Fund has also allowed restoration work to be carried out on paintings of her husband Archbishop William Alexander, and Bishop William Higgin.

The Dean of Derry, the Very Reverend Raymond Stewart, said the paintings will form the centrepiece of an exhibition marking the lives of the Alexanders.

“It is very appropriate that the restoration has been carried out this year as it is the bi-centenary of Mrs Alexander’s birth,” he added.

A stained glass window in her memory was installed in St Columb’s in 1913.

Praise Derry woman who wrote some of our finest hymns, says MP was last modified: April 18th, 2018 by John