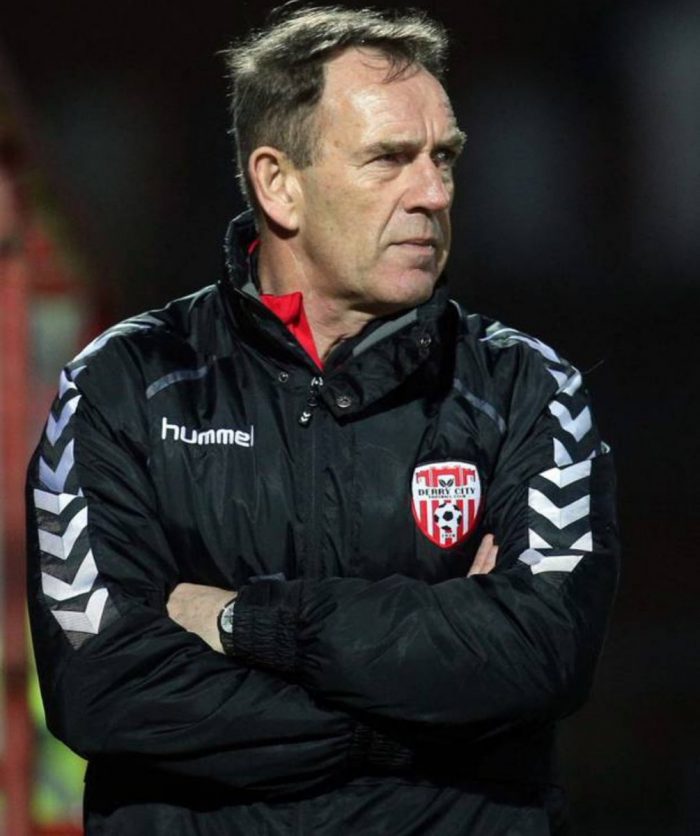 KENNY Shiels has said he will be forced into changes to the back four ahead of City’s trip in the SSE Airtricity Permier Division to the Showgrounds tonight,  Saturday, April 7,  (kick off 7.45 pm).

The Derry boss is planning without Darren Cole and could well also be missing Jack Doyle after both picked up injuries in Monday’s EA Sports Cup win in Ballybofey.

On a more positive note Shiels does have a couple of options ready to come back into the squad and he also added that Rory Patterson, who hobbled off after the Harps contest, will be fit for the weekend.

“Darren is out and Jack looks extremely doubtful but Rory is OK,” he told the club’s website derrycityfc.net

“It isn’t ideal to have to change things too much but we do have options. Gavin Peers, Niall Logue and Scot Whiteside will likely be added to the squad for Sligo.”

“We’re in a really tough run of games at the minute but I think we’re in a better place now than when we went there at the start of the season.

“Our record hasn’t been great at the Showgrounds but we’re now five wins from six in all competitions since our last visit” added the City manager.

Tickets can be bought online from Sligo Rovers’ website here.