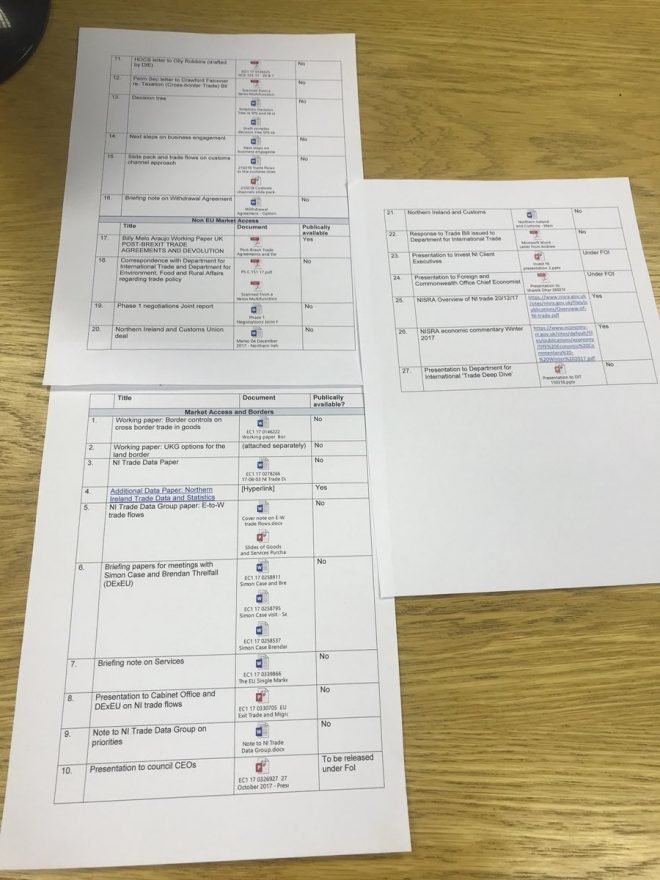 A SINN Fein MEP says she has obtained secret civil service documents outlining “the disastrous consequences” Brexit will have on the North of Ireland.

Martina Anderson called on the civil service to release the documents to the public.

The assessments looked at the border, the customs union and single market and the availability of labour for key sectors such as health, agri-food and manufacturing post-Brexit.

“There is no doubt that Brexit will have a catastrophic impact on all aspects of our society in the north,” she said.

“I have met the interim head of the civil service and directly challenged him to release all assessments publicly so people can see the full extent of the outworking of Brexit.

“Despite initial civil service claims that it had no assessments, we have now received more than 30 papers on the impact of Brexit which it had shared with the British government.”

Ms Anderson said the information had to be “dragged” out of the civil service and that it was clear it had no intention of making the documents public.

She added: “It paints a bleak picture and shows that Brexit will have a hugely detrimental impact on these key sectors, jeopardising future growth and potentially creating a real crisis in our health service.

“If the civil service had this information, it begs the question of what other information on Brexit it has and is not releasing.

“I am reiterating my call for all assessments on the impact of Brexit held by the civil service to be made public immediately so the public are fully aware of it.”

Sinn Fein has campaigned for the North of Ireland to be given “special status”, meaning the province would remain in the single market and customs union after Brexit.