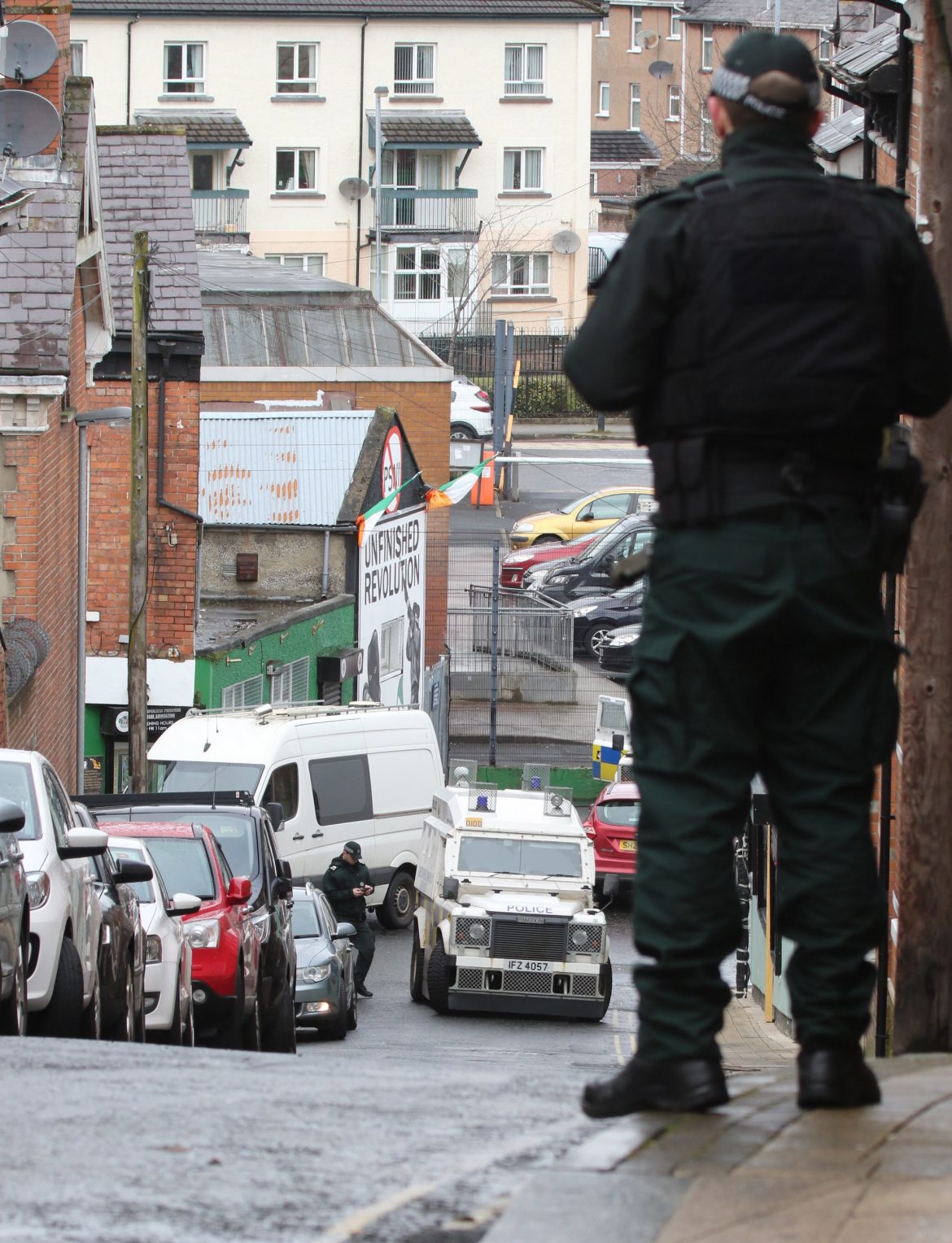 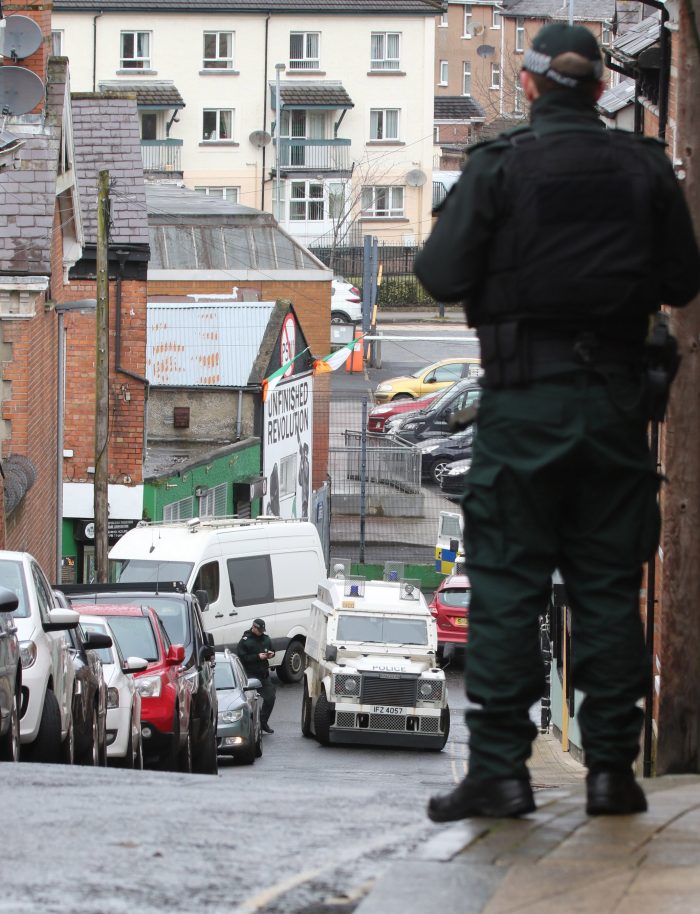 POLICE have charged five men charged over their role in an illegal dissident republican Easter Monday parade in Derry.

They are expected to appear at Derry Magistrates Court on Wednesday, April 25.

The charges follow an illegal parade in Derry on Easter Monday.

Before the parade, dissident youths attacked police land rovers with up to seven petrol bombs.

One police vehicle – which had a hi-tech camera on its roof to record the parade – was engulfed in flames after it was hit with at least three petrol bombs.

The five men were detained yesterday during a police raid on the headquarters of dissident republicans in Derry, Junior McDaid House in Derry’s Chamberlain Street.

PSNI Chief Inspector Paul McCracken said: “Immediately after the parade and the attack on local police officers on Monday, we had said that robust action would be taken against those who orchestrated the violence and those who participated. 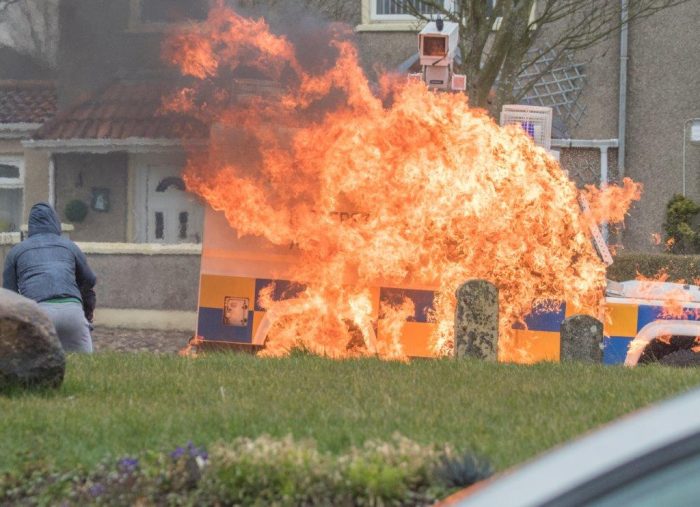 “These searches and arrests are the first phase of that action and more will follow in coming days.

“Those who seek to attack police and bring violence onto the streets can expect to be held accountable for their actions.”