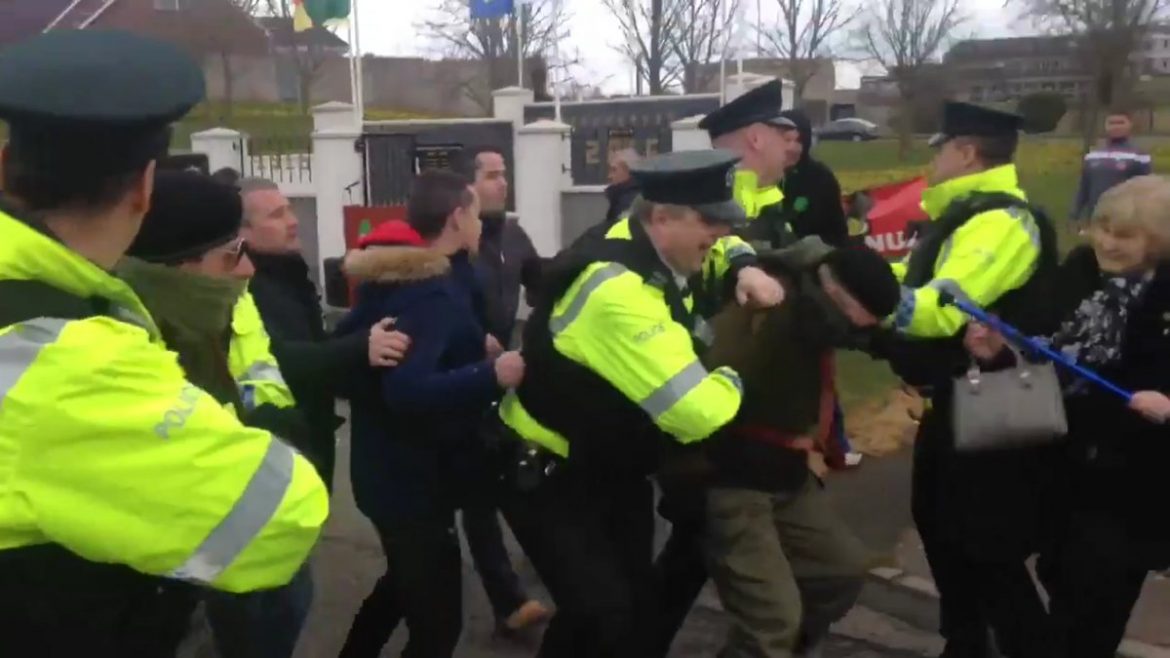 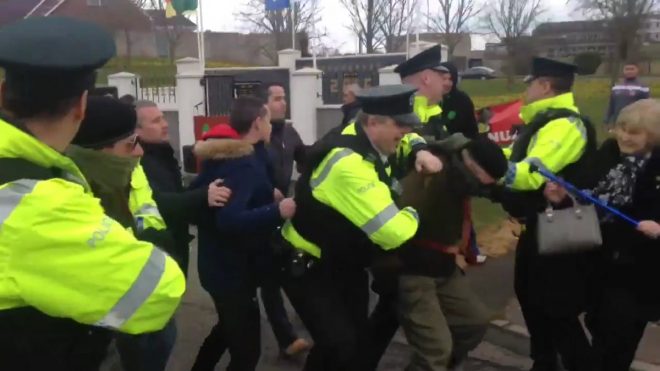 Man arrested at dissident republican parade in Lurgan on Saturday

A MAN from Derry was among six men who have faced a court charged in connection with an illegal republican Easter parade at the weekend.

Matthew O’Donnell, 39, of Lislane Drive faced charges at Lisburn Magistrates’ Court of taking part in an unnotified procession in Lurgan in Co Armagh on Saturday and wearing clothing or having articles as a member or supporter of a proscribed organisation.

O’Donnell and the five other men were released on bail.

A police officer told the court he could connect all the defendants with the charges.

The other five men are:

There was a significant police presence both inside and outside Lisburn Courthouse.

Supporters of the accused were in the public gallery.

There were cheers and claps from the public gallery.

The case will be heard again later this month.