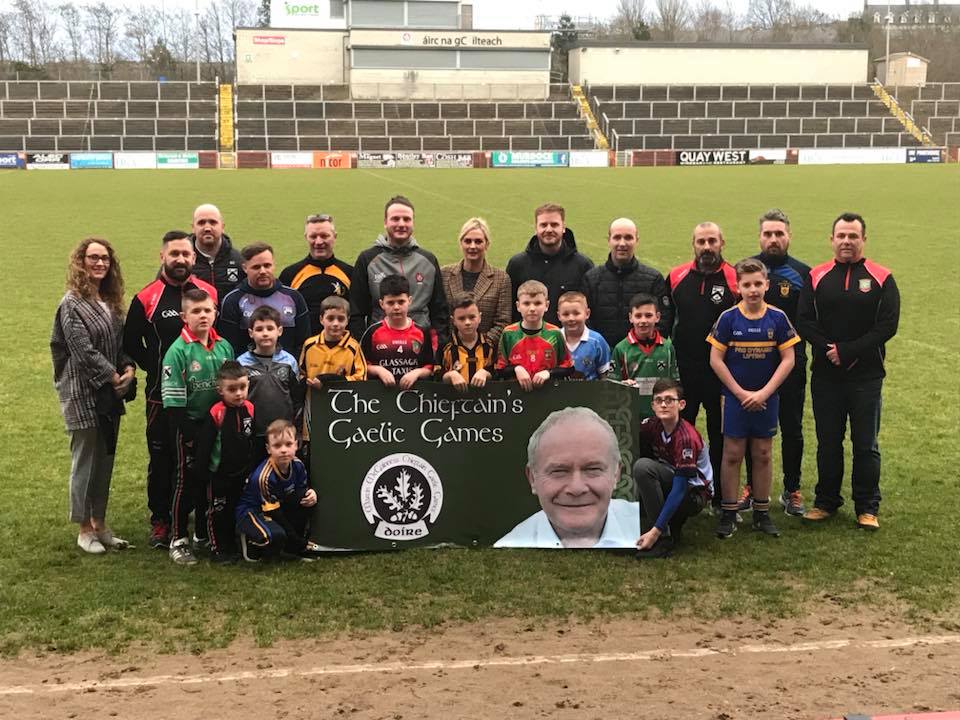 The Games have been organised in memory of Martin McGuinness as part of a series of events marking his one year anniversary.

One of the organisers, Brian O’Donnell,.said: “It was important to organise Gaelic Games as part of the tribute to Martin McGuinness on his anniversary.
“Martin was a great friend of Derry GAA in particular and the GAA in general.

“He was a frequent visitor to Celtic Park to cheer on the county team and it is fitting that the blitz will be held at Celtic Park.”Around 200 children are expected to take part in the Gaelic games blitz with Under 10 and Under 12 teams from Sean Dolans, Doire Trasna, Doire Colmcille, Steelstown, Ardmore, Culmore, Slaughtmanus, Glack all taking part.

In conclusion Brian O’Donnell added: “I would like to thank all the teams for participating in the blitz.

!I would like to encourage clubs, parents and GAA supporters to come along in their club colours – show support to all the children taking part and pay tribute to a great Gael Martin McGuinness.”