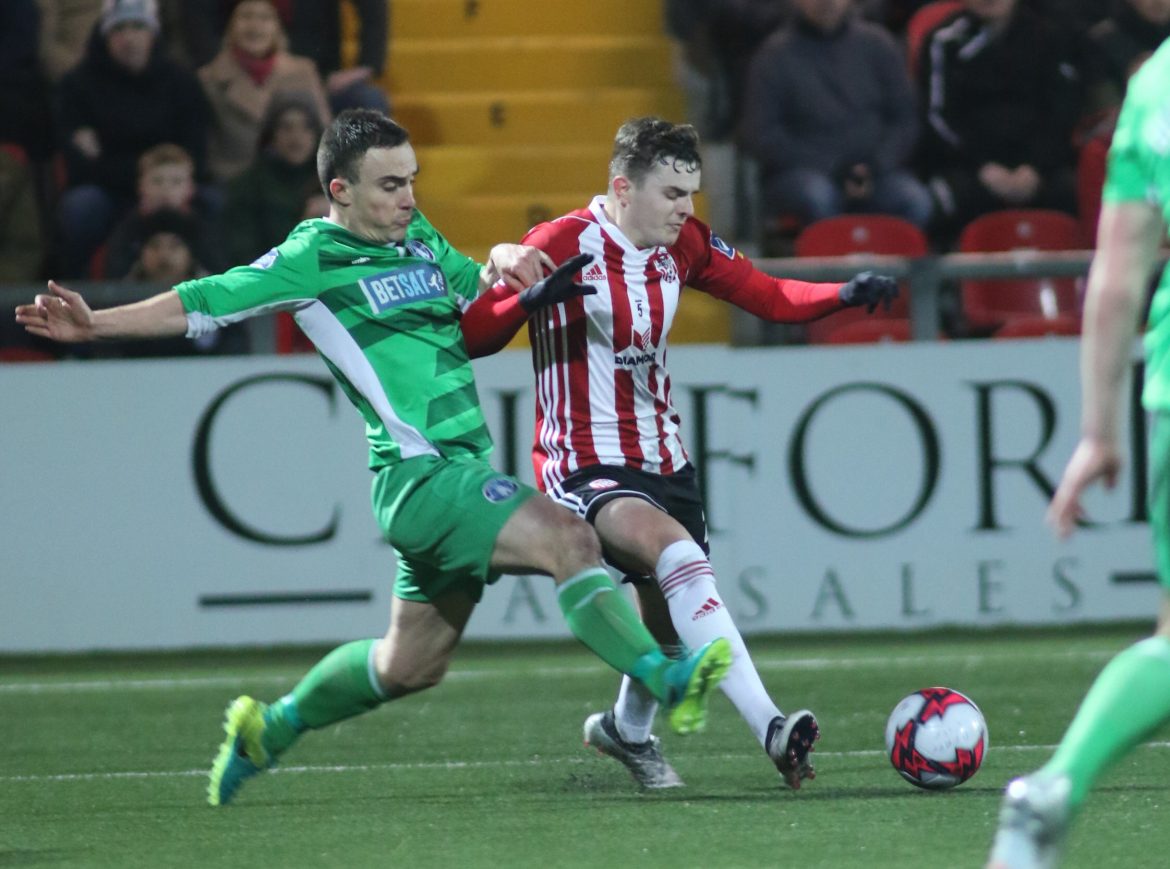 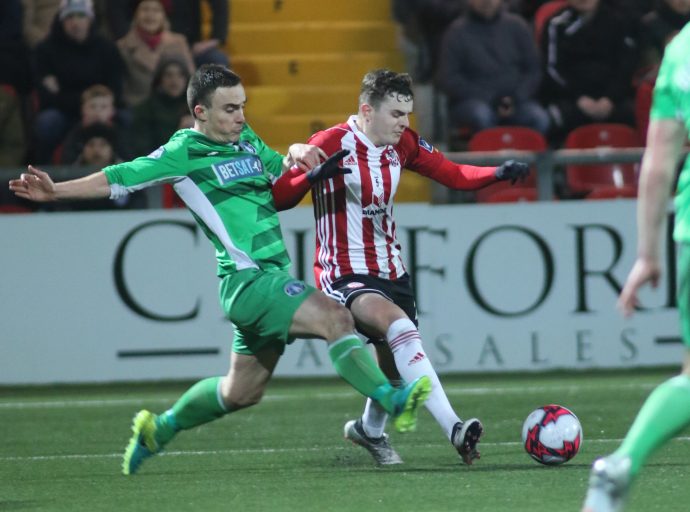 FIVE-STAR Derry delighted their army of fans by giving Limerick a second-half footballing lesson last night as they made their welcome return to the Brandywell after a year absence due to improvement works.

Ronan Hale bagged himself a hat trick – one goal in the first and two in the second half – including a penalty for the home side as the Candystripes ran out 5-0 winners.

It was a fantastic result for Kenny Shiels and his players coming on the back of 6-1 away drubbing last Friday night.

But last night was a new night, a new look stadium and a new stand name with the fans rocking the Brandywell after a year long absence.

It was also an emotionally charged night for fans and the family of former players Mark Farren and Ryan McBride who have both passed away.

Before kick off, the parents of the late Derry City super striker Mark Farren were accompanied by Republic of Ireland boss Martin O’Neill and FAI boss John Delaney as the new stand named in his memory was officially opened by Councillor Maoloisa McHugh, Mayor of Derry City and Strabane District Council.

Derry ran riot in the second half after going into the break with a slender 1-0 nil lead.

Fifteen minutes after the interval, Ronan Hale almost got his name on the score sheet for a second time tonight but he skewed his shot wide of the post.

But two minutes later, the Candystripes double their lead, striking home past the Limerick keeper following a neat pass from Rory Patterson.

Derry City were now on the march and on 63 minutes Nicky Low was unlucky not to score when his shot hit the bar.

However, Aaron McEneff was there to gobble up the rebound and stretch Derry’s lead to three goals.

But the goal fest was not over.

Ronan Hale was a man on a mission tonight and he drilled home from close range on 70 minutes after Limerick failed to clear their lines.

And three minutes later, that man Hale got his hat trick when he banged home a penalty after sending keeper Clarke the wrong way, and finished high into the net.

The youngster went looking for a fourth but Clarke made a good stop.

City were able to empty the bench and with Bray on Friday and Dundalk on Monday, there will be bigger tests ahead, but this was quite a way to write the first chapter of the history of Brandywell.

Hale had opened the scoring in the first half – getting his second in two games.

On five minutes, camera phones twinkled around the ground in memory of ‘Captain Courageous’ Ryan McBride who tragically died a year ago this month.

After last Friday night’s humiliating 6-1 defeat, Derry needed to get back to winning ways in front of a packed home crowd.

And on nine minutes, Hale broke the deadlock – and what it strike it was – his second into two games.

Hale blasted a terrific angled effort into the top corner, sending the Candy Stripes fans wild inside the Brandywell. 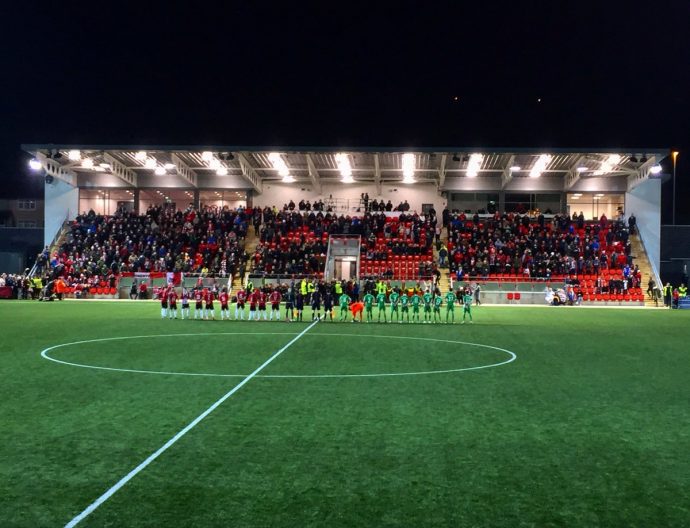 Five minutes later Curtis almost made it 2-0 for Derry and the miss keeps the visitors within touching distance/.

A Billy Dennehy 25 yard strike from a free kick cracks off  the inside of the post and Derry survive a major scare.

It was a major let off and Derry go in at half time with just one goal to the good.

But in the second half, Derry turned the screw on their opponents taking full advantage of playing in front of a delighted home crowd.

Hale storm at Brandywell as Ronan bags himself a hat trick in 5-0 win was last modified: March 13th, 2018 by John