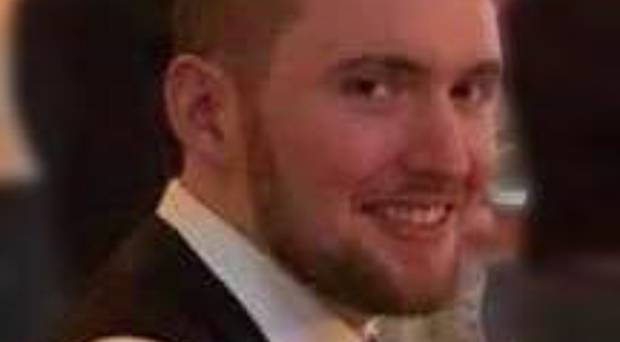 DUNGIVEN has been left in a state of shock following the tragic and sudden death of local lad Eugene Boyle.

The devastated family of the 26-year-old are waiting on post-mortem results after he passed away suddenly at his home on Sunday.

Ann Brolly, a friend of the family, said the whole town has been left reeling at the sad news.

She said: “This is such shocking news and dreadful for Eugene’s parents Sean and Martina waiting to find out what happened.

“Martina works in the local credit union and is at the heart of the Dungiven community so everyone has been left reeling at the news.

“Everyone will want to do whatever they can to help the family though this terrible ordeal.”

Mr Boyle is survived by his brother Kevin and sister Shauna (Craig), who has made her way home to Dungiven from Australia, where she now lives.

Eugene’s remains will be reposing from his late residence from 2 pm today, Tuesday, February 20.
His funeral cortege will leave from there on Thursday, February 22 at 10.20 am for 11 am Requiem Mass in St Patrick’s Church Dungiven.
Interment will be immediately afterwards in the adjoining cemetery.#
A family insertion reads: “Deeply regretted and will be sadly missed by his loving mother and father, sister and brother, aunts, uncles and cousins and the entire family circle .

“St Martin pray for him.”

Eugene’s death is the second time a young person from Dungiven has died suddenly in a matter of weeks.

Shauna McSorley (20), who worked as a classroom assistant at Gaelscoil Leim, passed away unexpectedly last month.

Sinn Fein councillor Sean McGlinchey said it has been a tough time for everyone.

He said: “First and foremost I want to offer my sincere condolences to the family of Eugene Boyle.

“He was a quiet young man who kept himself to himself but was a part of the community of Dungiven and his death will be felt by everyone living here.

“His death has been particularly shocking coming so soon after the sudden death of Shauna McSorley.

“I have no doubt the people of Dungiven will rally around the Boyle family and offer them any help and support they need during this very difficult time.”