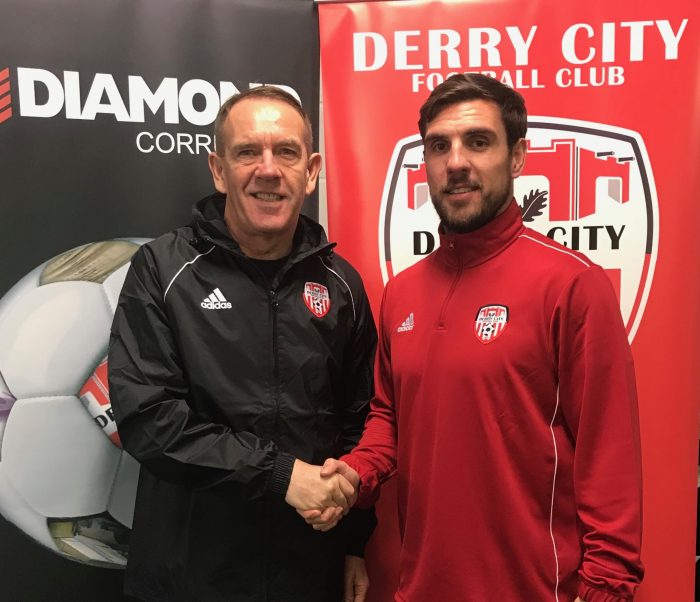 IT certainly wasn’t the start Derry city manager Kenny Shiels was wanting on the opening of the day of the 2018 SSE Airtricity Premier Division.

Waterford Town were back in the top flight after an 11 year absence and were playing host the Candy Stripes.

And Derry City got off to the perfect start when after just 19 minutes when one of Kenny Shiels’ new signing put the visitors ahead.

Derry City were hoping to get in at half time with a one goal advantage.

But Waterford had other ideas.

A nice one-two between Feely and Hery, the ball wass laid on to Gavan Holohan and he embarked on a great run before he lash his shot past Doherty in the Derry goal.

Then on 77 minutes Dean O’Halloran finished off a superb team goal as the hosts come from a goal down to lead against Derry.

And there was no way back for Derry and Waterford held out for a famous victory after over a decade out of top flight League of Ireland football.