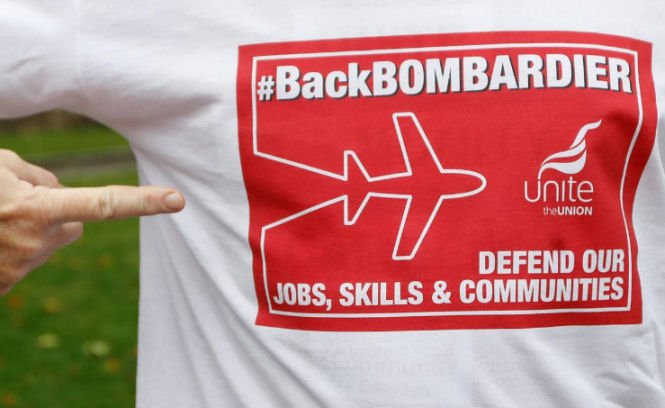 UNITE workers will hold a rally at 3.30 pm today at the Guildhall steps over the threat to 24,000 jobs in the supply trade to Bombardier.

The rally is being  held before the council later today debates a motion of support at its monthly meeting for January.

Derry City and Strabane District Council will today be asked to back the 24,000 plus workers in the North who could to be affected by the ongoing Bombardier-Boeing trade dispute.

The Council is set to debate a motion at its monthly meeting in the Guildhall expressing “profound concern” over what the Unite trade union is describing as United States “protectionism”.

It centres on a claim by US aerospace firm Boeing that its Québécois competitor Bombardier is using Canadian state subsidies to undercut it in the North American market.

The International Trade Commission (ITC) will decide on Friday on whether or not to impose a 300 per cent sales duty tariff on the imports of Bombardier’s flagship C-Series jet, which is part manufactured in the North, into the United States of America.