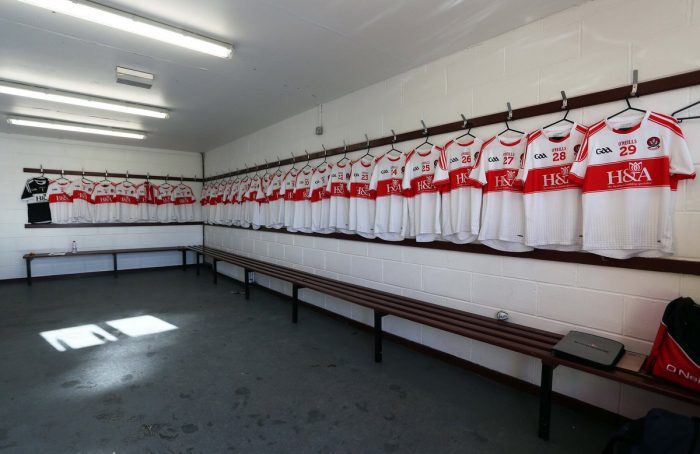 Damian McErlain has continued to rotate the goalkeeping position with Ben McKinless named between the posts following an assured debut from Oran Hartin midweek.

Those are the only two changes from the side which saw Niall Toner’s late goal complete a spirited comeback to edge Down at Celtic Park.

Westmeath were the opposition at Celtic Park back in April 2013 when Bateson last lined out for Derry and it is Westmeath who will once again travel to the Lone Moor Road to open this year’s league campaign.

Whilst the league remains the immediate priority for the Derry management, the McKenna Cup campaign has proved a useful vehicle in which to give U20 panellists their first taste of senior action.

Kilrea’s Paddy Quigg and the Steelstown pair of Eoghan Bradley and Eoghan Concannon are the latest members of the development panel to be called up, with all three starting among the substitutes.

A win or a draw in Armagh would see Derry through to a McKenna Cup semi-final next Wednesday night.

Derry play Westmeath on Sunday 28 January at Celtic Park as part of a double header with the county’s hurlers also taking on Down in round one of the Allianz National Leagues.