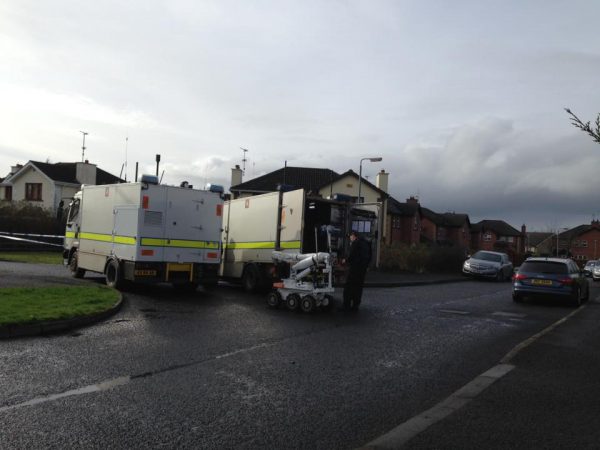 MAN ARRESTED OVER MURDER BID ON OFF DUTY POLICEMAN IN DERRY DETECTIVES from the PSNI’s Serious Crime Branch have made a fresh arrest today as part of their investigation into the attempted murder of an off duty police officer in Derry on February 22. 2017.

A viable Under Vehicle Improvised Explosive Device (UVIED) was discovered at the home of the officer in the Ardanlee area.

The device had been placed under his car in the driveway of the family home.

The 41-year-old man was arrested in the Creggan area under section 41 of the Terrorism Act.

He has been taken to Musgrave Serious Crime Suite where he is being questioned by police.

The Senior Investigating Officer, Detective Inspector Peter McKenna, said: “If this device had exploded with our colleague and his young family in the car it would have had devastating consequences.

“Police believe the New IRA are responsible for this cowardly attack during which they put the safety of all members of the community at risk as the device was left in a residential area and could have exploded at any time.

“I would like to thank the public for their assistance to date but I believe there are still people in the community who hold vital pieces of information that could assist police.

“I would appeal to them to make contact with Detectives on 101 or alternatively, information can also be provided to the independent charity Crimestoppers on 0800 555 111 which is 100% anonymous and gives people the power to speak up and stop crime.”