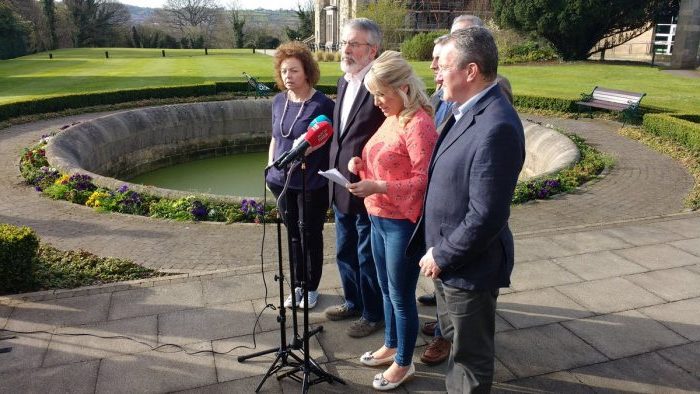 AN independent review has recommended that MLAs should take a pay-cut of nearly £14,000 while the Assembly is suspended.

If the recommendation is accepted, it would bring an annual saving of £1,290,000.

The 90 elected representatives have not taken their seats at Stormont for nearly a year.

The public have been enraged that MLAs have been taking home full salaries while senior civil servants are now talking about cutting free prescriptions, means testing school travel and a hike in rates to try and balance the books.

British Secretary of State James Brokenshire has said he will carefully consider the advice given in the report by former Assembly chief executive Trevor Rainey.

He recommended that pay be cut in two stages to around three-quarters of the current £49,500.

Trevor Rainey said: “It is inevitable that public frustration with a non-functioning Assembly will continue to increase.

“The impact of any salary reduction on MLAs’ personal circumstances is also acknowledged.

“Therefore, it is judged that a ‘stepped’ approach to salary reduction is warranted.

It was recommended that future annual increases for Assembly members be deferred pending the restoration of power-sharing.

Significant issues still stand in the way of a deal between the DUP and Sinn Féin that would see them return as coalition partners in a devolved executive.

Civil servants across all departments have already prepared briefing papers for the introduction of direct rule Tory ministers from London.