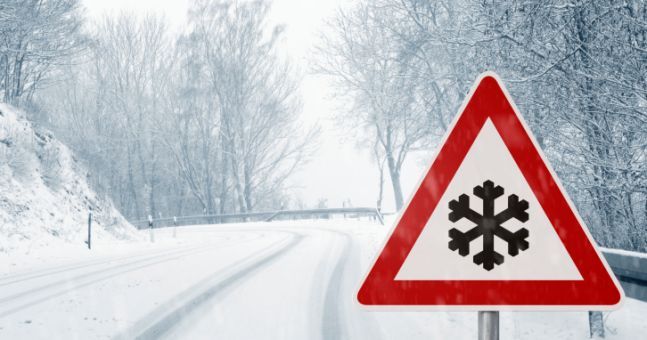 STORM CAROLINE TO BRING GALES, SNOW AND ICE TO DERRY

THE first week of December will end on a stormy and chilly note in Derry as Storm Caroline hits.

The Met Office has issued weather warnings for wind, snow and ice.

A yellow wind warning is in force for parts of Derry later today.

Gusts of up to 70 mph are predicted and they may cause damage.

Yellow warnings for snow and ice across Derry which is valid from tonight to 6 pm on Saturday, but could be upgraded to amber later.

As Storm Caroline moves away, Arctic air will plunge southwards on Thursday night.

Showers, which will become more widespread and frequent on Thursday, will turn wintry in the afternoon, initially on high ground, but snow will drop to low levels during the night.

A covering of snow is possible anywhere by Friday morning with 2-5cms across northern and western counties and up to 10cms possible on high ground in the north west.

There may be disruption to travel and transport due to both snow and ice.

Over the next couple of days 10-20 cm of snow may accumulate over hills particularly in the Sperrins and the Antrim Glens.

According to the Met Office warning, “icy surfaces are also likely to be an additional hazard, especially overnight” on Friday.

In the Republic of Ireland, Met Éireann [Irish National Meteorological Service] has also issued weather warnings for wind, snow and ice on Thursday and Friday across Ireland.