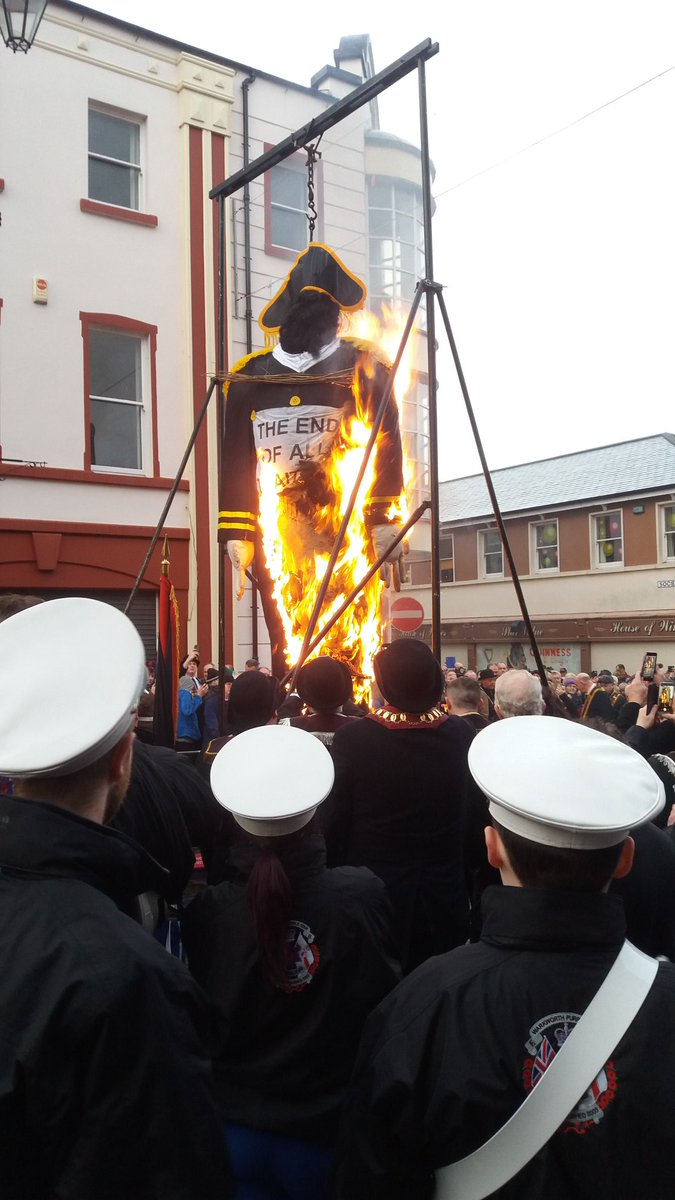 The day ended with a burning of an effigy of Lt Col Robert Lundy, known as Lundy the Traitor.

The event commemorated the 17th century siege of Derry.

Twenty-six bands and about 2,000 Apprentice Boys are participating in the main parade on Saturday afternoon.

There will also be a thanksgiving service in St Columb’s Cathedral.

This year, there is a new governor of the Apprentice Boys, Graeme Stenhouse, who is originally from Edinburgh.

He said he wanted to build on the work of his predecessors and ensure that the “peaceful parading atmosphere” in the city continues.

“As we have seen over the last few years, there is a greater atmosphere about the town especially in August and December,” he said.

“Something that we have noticed is that there are more and more people coming over to the cityside to watch the parades.

“If you look at the money that is being brought into the city to hotels, restaurants etc, it is good for the local community that money is coming in and securing jobs as well.”