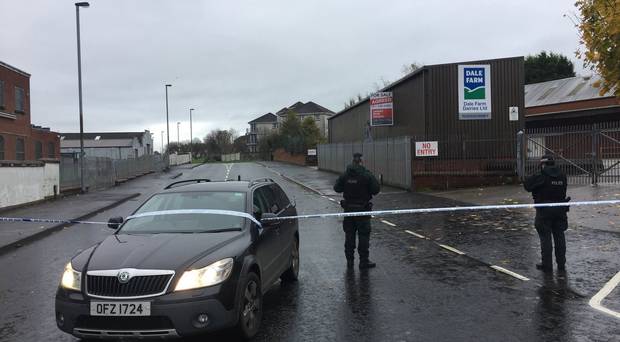 POLICE have tonight confirmed that two viable pipe bomb type devices were recovered during a security alert in the Waterside area of Derry, Monday, November 13.

The security alert has ended and the Rossdowney Road has been re-opened.

Inspector Jonny Hunter said: “Police responded to a report of two suspicious objects in the Montgomery Close area at around 1:30 pm.

“An operation was immediately put in place to secure the area, with a section of the Rossdowney Road closed for a number of hours to ensure the safety of the public whilst enquiries were conducted.

!ATO were tasked to the scene and the objects have since been declared  viable and taken away for further forensic examination.

!The safety of the community is of paramount importance and we will not take any risks.

“However, I want to thank the local community for their patience and understanding during this operation as we worked to bring it to a conclusion.

“I am aware how frustrating this incident has been, and the inconvenience and disruption it has caused to the local community who have had their lives disrupted, including a number of residents who were evacuated from their homes.

“Thankfully, no one was injured because of the reckless actions of criminals who showed absolutely no regard for the community by placing two potentially deadly devices in a built-up area.

“I urge the public to remain vigilant. If anyone finds anything suspicious please do not touch it – phone the police immediately.

“I am appealing to anyone with information about this incident to please tell us because it is only with your help that we can make our communities safer.

“Anyone with information about this incident, or who saw any suspicious activity in the Montgomery Close area in recent days, is asked to contact detectives at Strand Road Criminal Investigation Branch on the non emergency number 101, quoting reference 629 of 13/11/17, or Crimestoppers anonymously on 0800 555 111.”