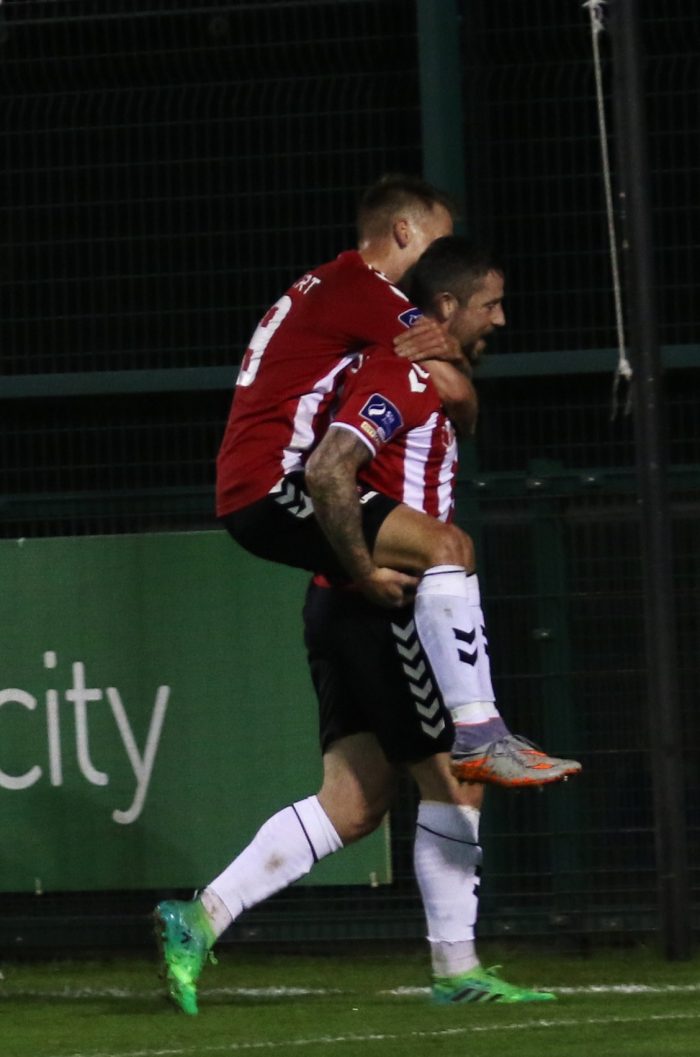 It means the Candystripes can look forward to Europa League football next season.

Killian Brennan opened the scoring for the visitors on 28 minutes from close range with a side footed shot.

St Pat’s Atheltic went into the game needing just a point to avoid the drop from the Premier Division.

But Patterson ended the Dublin’s hopes of going away from Maginn Park with a famous win in Donegal with a strike on 48 minutes.

He turned and shot on the turn. The drive flew past the diving keeper Lukasz Skowron.

It was an emotional night for both sets of fans.

For on five minutes both sets of fans joined in a huge round of applause in memory of Ryan McBride, Derry’s Captain Courageous who sadly passed away in March this year at his home in the shadow of the Brandywell stadium.

Derry edged the second half and should have had the winner but were denied by some great saves by St Pat’s Skowron.

In the end, honours were shared evenly in a hard fought final game for Derry in their adopted home ground.

Next March they will be back playing SSE Premier Divison and Europa League football at their newly transformed and revamped Brandywell stadium.