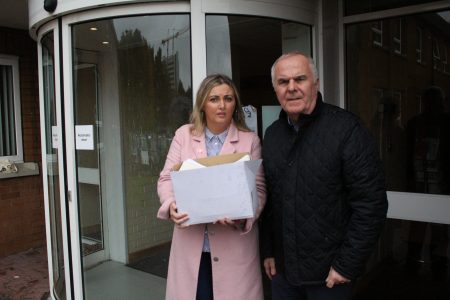 SINN Féin has welcomed a £50 million cash injection for the health and education services.
But the party added that it is confirmation of the ‘unnecessary and divisive’ nature of the cuts consultation carried out by the Health Trusts.

Locally it welcomed the news that William Street and Rectory Field residential homes will not be forced to merge.

“Sinn Féin has argued for some time that there were centrally-held resources available which could be released to address some of the pressures on health,” Foyle MLA Karen Mullan said

“We welcome the fact that this has now happened but it also again opens up the question as to why the consultation on proposed cuts of £70 million was carried out in the way that it was.

“It has always been our view that these cuts were unnecessary and the consultation was a cynical exercise which only succeeded in creating division and concern within the wider community.

“Locally the news that William Street and Rectory Field residential homes will not have to merge will be welcomed by the residents, staff and relatives of those who live at the two homes.

“There was great concern in the city that these homes would have been forced to merge.

“A further £10 million has been allocated to the Department of Education and, in light of that, Sinn Féin reiterates our call for the cut to the school’s sports development grant to be reversed immediately.”

Karen Mullan added: “Today’s announcement will go some way to redressing the immediate pressures on our public services.

“But we are still facing huge longer-term shortfalls as a result of Tory/DUP austerity cuts to the Block Grant and Sinn Féin will continue to rigorously oppose this assault on public services and the most vulnerable in society.”