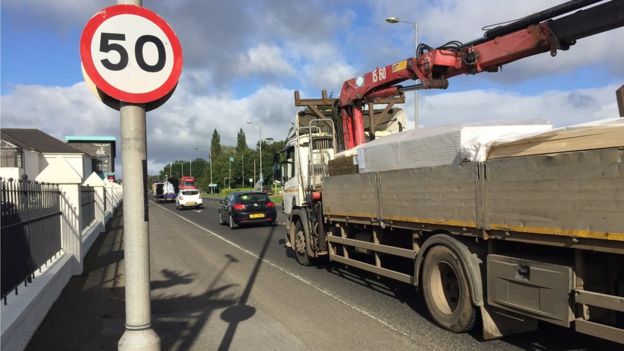 SINN FEIN RECEIVE UPDATE ON THE A6 TIMELINE FOR NORTH WEST

SINN Féin Foyle MP Elisha McCallion and Karen Mullan MLA have held a meeting with officials from the Department of Infrastructure to get an update on the progression of the A6.

“It was important to get the update from the Department of Infrastructure on the timeline of A6.

“This is a key infrastructural project linking the North West to Belfast and further afield and will significantly reduce the journey time when completed.

“Anyone who travels regularly on this road will know that work is well underway on the section around Toome.

“But we needed to get as much detail as possible right across such a large scale project.

“Officials from the Department told us that the first section from the Toome roundabout to Randalstown will be ready early 2019, and the second part by 2021.

“The section from Derry to Dungiven, Dungiven Bypass is out to tender with the project starting in the spring of 2018, with completion in 2022.

“We stressed the need for the inclusion of social clauses and that local contractors and sub-contractors are used in the construction of the A6 and we were pleased to learn that they have taken on a number of young apprentices.

“We look forward to the completion of this project and its benefits for Derry and the wider North West,” added the Foyle MLA.

SINN FEIN RECEIVE UPDATE ON THE A6 TIMELINE FOR NORTH WEST was last modified: October 10th, 2017 by John