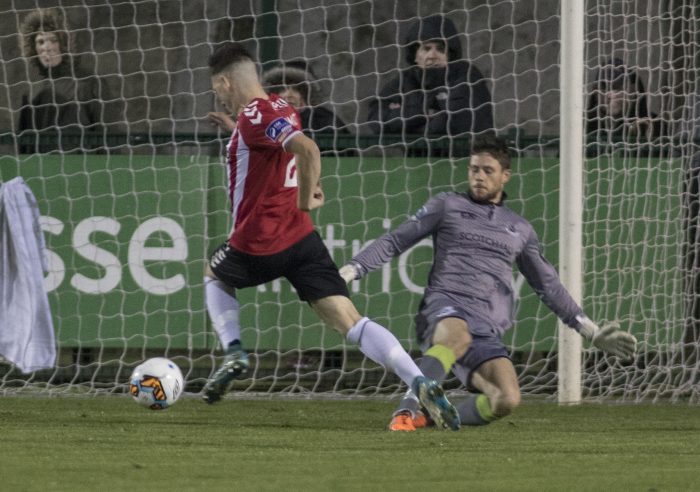 AFTER a run of four defeats, Derry got back to winning ways last night by beating bottom of the table side Drogheda United 2-1 at Maginn Park.

The comfortable win for the Candy Stripes helps them stay in contention for a third place finish and possible Europa League football next season.

But the win finally ended Drogheda’s stay in the Premier Division.

The game was only three minutes old when Derry were gifted the lead thanks to a shocking attempt at a back pass from Drogheda defender Conor Kane who put Conor McDermott in on goal.

McDermott went round goalkeeper Stephen McGuinness and slotted home into an empty net for his second goal of the season.

And things got better for Derry and ten minutes later they were two goals up.

Rory Patterson found McDermott in space on the right wing and the full back powered towards the penalty area before crossing low to Ronan Curtis who tapped in his eighth goal of the season.

Drogheda were more of a threat in the second half, thanks in to Adam Wixted.

The right winger was full of trickery and his team mates brought him into the game as often as they could, the youngster giving Ben Doherty a difficult time as Drogheda won a series of corners in the early stages of the second half. 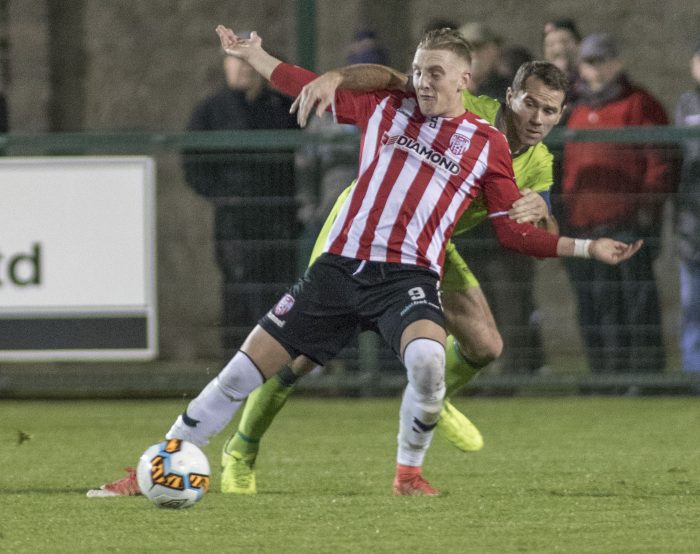 Derry were slow out of the blocks in getting the third goal to see off the Drogs but came close midway through the second period when Ben Doherty set up a great chance for Ronan Curtis, but his shot fired the side netting.

The Candy Stripes didn’t threaten for long stages of the second half but with ten minutes remaining they almost put the seal on a largely comfortable victory as Nicky Low’s free kick found Harry Monaghan unmarked but his downwards header was kept out at close range by McGuinness.

Mark Doyle pulled a goal back in added time but it was too little too late for Drogheda who will not play in the top flight Premier Division next season.