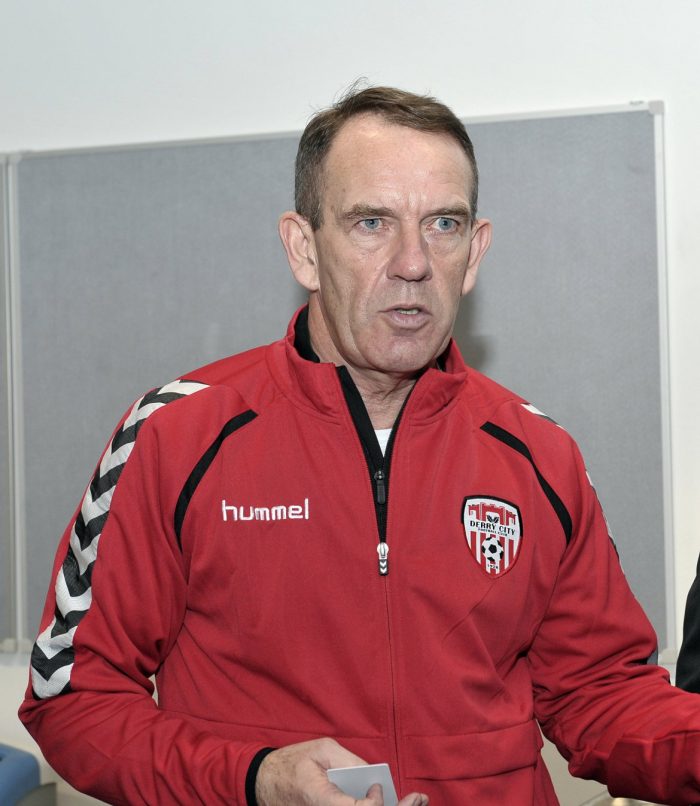 DERRY City will be looking to bounce back this Friday night at Maginn Park with a home clash with bottom of the table side Drogheda United (7.45 pm).

The Candy Stripes are smarting after taking a 5-0 hammering last Friday night from Bray Wanderers.

A win against the Drogs will put Derry within one point of third place Shamrock Rovers with a game in hand.

But manager Kenny Shiels’ knows his players will have to pull together and stop the rot of four defeats in a row.

There are only five games left of the season for City and the manager will be hoping his team can rally together and bring a maximum of 15 points and secure third place and Europa League football.

After the Bray Wanderers defeat, Shiels was highly critical of his team’s performance.

Speaking to the media after the game, a clearly disappointed City boss Shiels tried to articulate what had gone wrong.

“You can make excuses and say we were understrength but those are just excuses.

“We just didn’t get close enough to them, and the counter attack is hard to take.

“It is up to the manager to prepare the team properly, put them on the pitch and satisfy the home support.

“It is difficult to take the way we lost.

“There were parts of the game when we had most of the ball but that isn’t enough.  You have to defend better and take your chances”

“The players and the staff know that we have come up short and our preparations start tomorrow.  The boys are down….that is blatantly obvious.  We have to make a lot effort to get ourselves back.

“The players need to take some responsibility on times like this.  We lost 5-0 at home to Dundalk last year and went twenty games unbeaten.

“It has been a bad season in terms of what it has taken out of people.  We have come back before and this season seems like three or four seasons.

“We will bounce back again, the last five games we hope to start winning again to bring morale back.”

“It is easy to make a song and dance out of it but we are trying to build something and will continue to do that.”