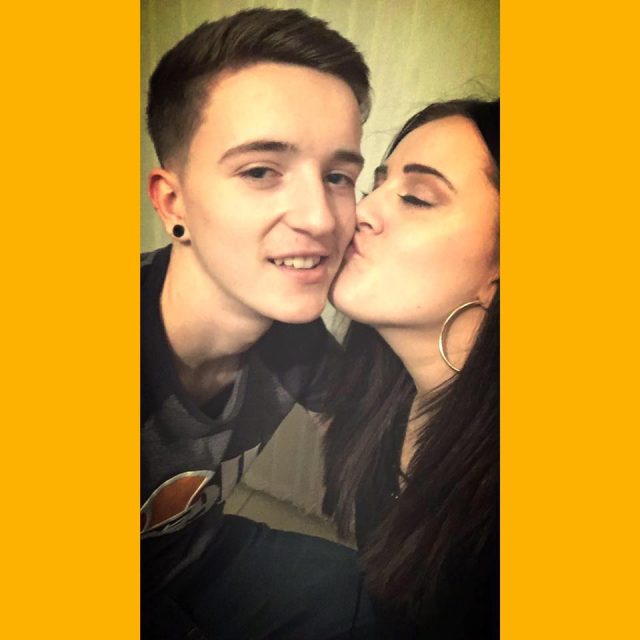 SO IN LOVE…. Jordan McConomy with his girlfriend Leah Kelly

DETECTIVES from Serious Crime Branch investigating the death of 19 year old Jordan McConomy in Derry in the early hours of yesterday morning have been granted an additional 36 hours to question an 18 year old male.

The extension was approved by a court in Derry today.

Police inquiries in the vicious attack and murder are ongoing.

Jordan was brutally assaulted while on a night out in the city.

He sustained serious head injuries during the senseless attack and was conveyed to Altnagelvin Hospital.

But despite the valiant efforts of emergency department, Jordan tragically died from his injuries.

His devoted girlfriend Leah Kelly, a native of Trim in Co Meath, has been left devastated by his callous murder.

She posted on her Facebook page pictures of the very much in love couple with a touching message about Jordan.

Leah wrote: “The most perfect human being ever, love of my life x.” One close friend paid tribute to the teenager on Facebook, saying: “Still can’t get my head round what’s happened. You were an absolute gent, a legend, a best friend, love ye Jordy fly high bro.”

Another friend of Mr McConomy’s family posted: “God rest u son u were a credit to ur mummy, daddy, brother and sister.”