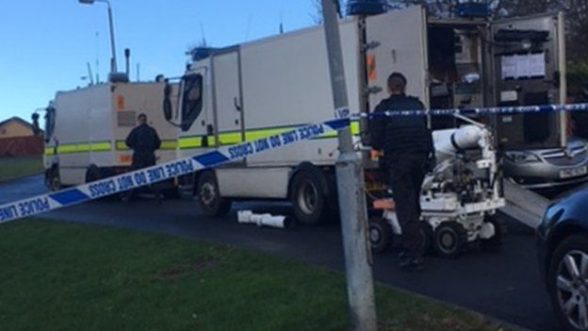 TWO men arrested yesterday over a pipe bomb attack in Derry earlier this year have now been released from police custody.

The men, aged 22 and 29, were arrested in the Claudy and Shantallow areas by detectives from the PSNI’S Terrorist Investigation Unit based at Maydown.

They were detained under section 41 of the Terrorism Act following a pipe bomb attack in the Earhart Park area of Shantallow in January.

The pair were taken to Musgrave Serious Crime Suite for questioning yesterday.

Police say both men have now been released unconditionally.

Under the Terrorism Act, suspects cannot be released on bail.

They are either charged to court or released unconditionally.