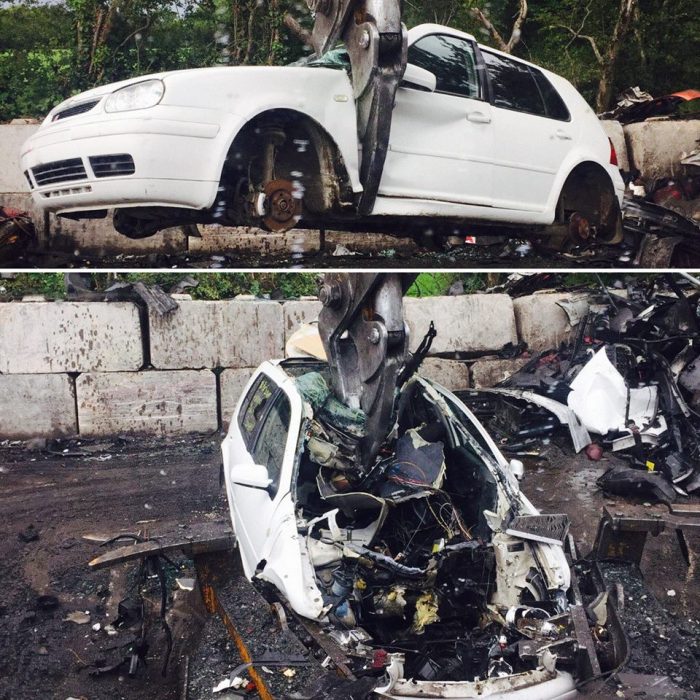 RUNAROUND CAR SEIZED IN DERRY SENT TO THE CRUSHER

THIS is what happens to runaround cars seized in Derry.

It was taken off the city’s streets recently by members of the PSNI’s Ballyarnett Neighbourhood Team.

“This was an abandoned runaround which had false plates on.

“Something tells me me this won’t be bothering the community again.”

RUNAROUND CAR SEIZED IN DERRY SENT TO THE CRUSHER was last modified: August 18th, 2017 by John