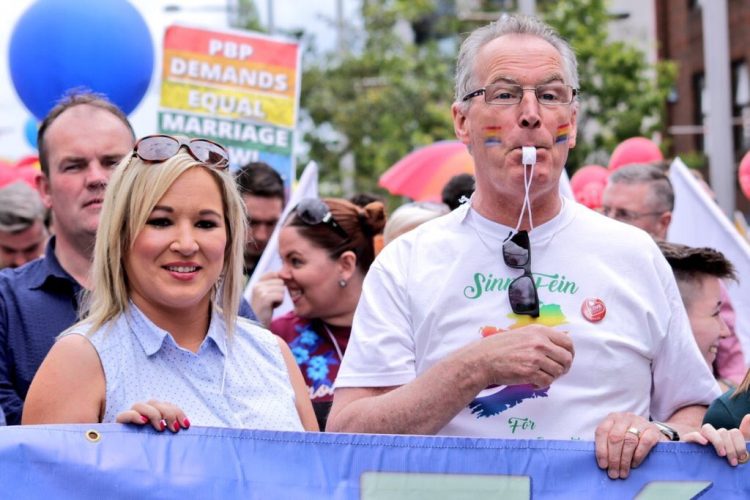 SINN Féin leader in the North Michelle O’Neill has said support for marriage equality is building and that the denial of rights to citizens in the north, which are enjoyed right across these islands, is untenable.

Michelle O’Neill was speaking after taking part in yesterday’s Pride Parade in Belfast which saw thousands of people take to the streets to celebrate the city’s LGB and T communities and in support of marriage equality.

Michelle O’Neill said: “I commend all those who played a part in organising once again a vibrant Pride festival which is a celebration of the contribution the LGB and T communities make to the life of this city and to society.

“It is also yet other powerful demonstration that the demand for equality and in particular marriage equality is building.

“I welcomed the participation by An Taoiseach Leo Varadkar in the Pride breakfast and his support for marriage equality for citizens in the north.

“The continued denial by the DUP and Tory government of rights, including language rights, marriage equality and the right of families to coroner’s inquests that all other citizens enjoy in every other part of these islands is untenable.”