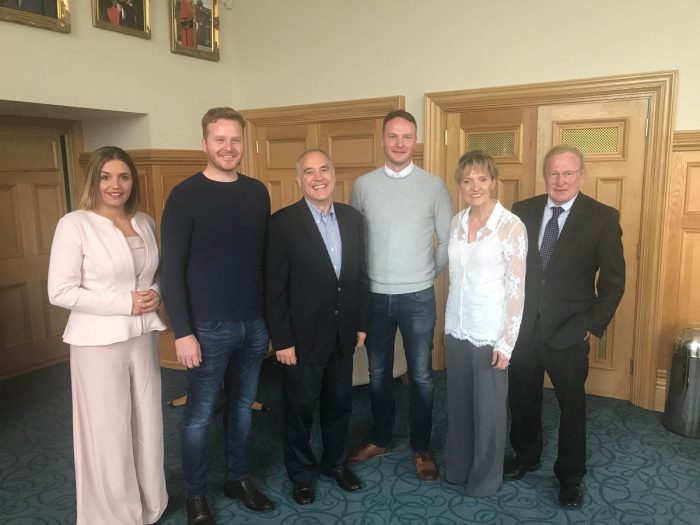 THE sons of former Northern Ireland Deputy First Minister Martin McGuinness will attend a memorial service for him in the United States later.

Mr McGuinness died in March aged 66 after a period of poor health.

Mr Adams is also due to brief US politicians and State Department officials on the deadlock at Stormont.

Martin McGuinness was a regular visitor to Washington and many of his friends and Irish American politicians will gather to remember him at Tuesday’s service.

It has been organised by US Congressman Richie Neal, a close friend of Mr McGuinness for 25 years and leader of the Friends of Ireland in Congress group.

Mr Neal is due to deliver a eulogy during the service which will be followed by a reception.

The North’s Secretary James Brokenshire will also be on Capitol Hill but will not be attending the service.

He has a series of engagements with political and business figures and is due to address the US Chamber of Commerce.

Mr Brokenshire is expected to lobby for more investment for Northern Ireland post-Brexit.

Separately, Mr Adams is expected to set out Sinn Féin’s concerns about Brexit and the ongoing negotiations in Brussels during his meetings with US politicians.