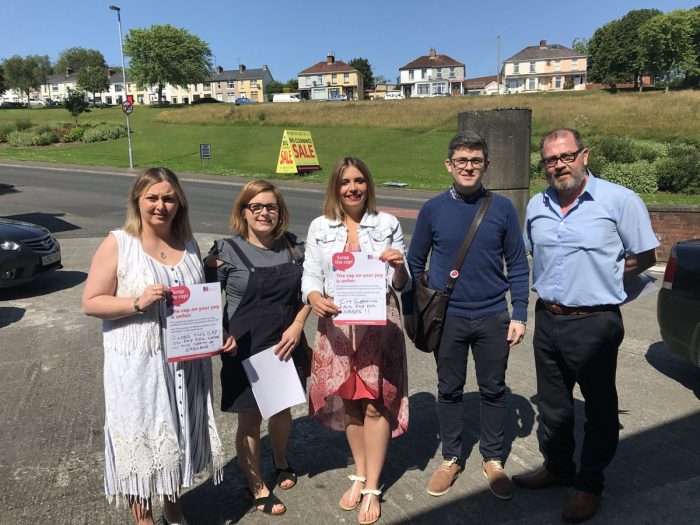 SINN Féin Foyle MP, Elisha McCallion has today met with staff and trade union representatives from the Royal College of Nursing (pictured above) and pledged Sinn Féin’s support for nurses and all public sector workers.

Elisha McCallion said: “I met today with staff and trade union representatives from the Royal College of Nursing to discuss the ongoing ‘Scrap The Cap’ campaign which calls for a pay increase for nurses.

“Nurses provide a vital service and deserve a fair wage for their work. Nurses in the north earn 3% less than colleagues in Scotland and 2% less than workers in England and Wales.

“This is forcing many nurses to move in order to seek employment with a fair wage.

“The Tory government, backed by the DUP has implemented a policy of unrelenting austerity.

“The DUP’s first act in support of the Tory government was to vote for an effective cut to the wages of emergency and public service workers.