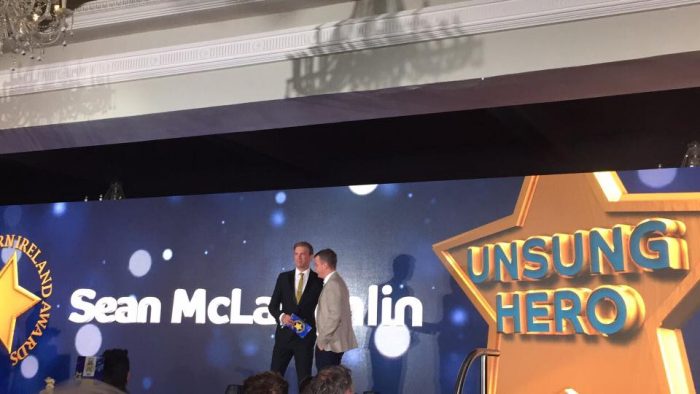 THE Sunday Life Spirit of Northern Ireland awards was held on Friday night a Derry man awarded for his bravey.

Sean McLaughlin voted in as Unsung Hero for braving the flames in his neighbours’ bungalow twice to rescue wheelchair user Gerard Toner and his partner Teresa.

The drama unfolded in February this year when a blaze broke out at a bungalow in the Altcar Park area of Galliagh.

At the time the Fire and Rescue Service have praised the actions of Sean McLaughlin, who was walking home with his girlfriend when he heard a fire alarm.

He then ran into the building and pulled the couple – one of whom was in a wheelchair – from the flames.

About 15 firefighters tackled the blaze, which they said started accidentally.

“This was very nearly a double tragedy, if it were not for Sean McLaughlin who went into the house and saved the two occupants,” said fire station commander Andrew Russell.

According to neighbours, the house was completely engulfed in flames by the time fire crews arrived.

So well done to Sean on his Unsung Hero Award. Very much deserved. 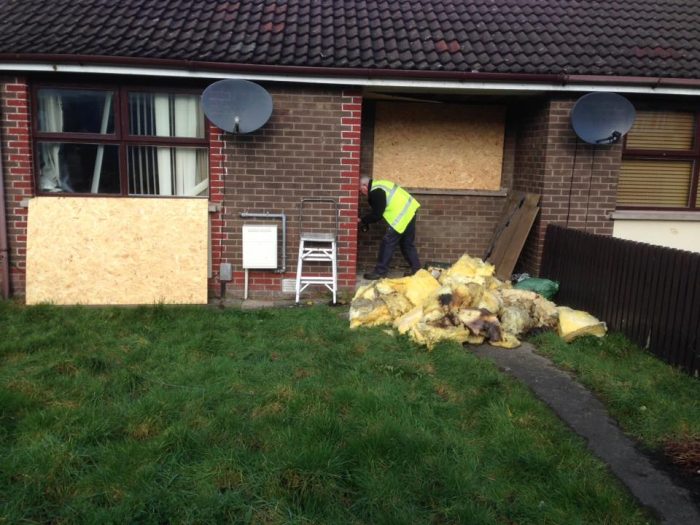