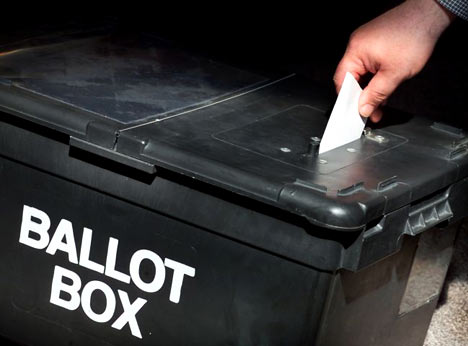 THE voting is now over and the polling stations are closed across Derry in the 2017 snap General Election.

The electorate have been casting their votes since 7 am this morning up until 10 pm tonight to elect one MP for each of the two constituencies.

At the Westminster Election in 2015, he saw his vote share increase by 3.2 per cent.

Sinn Fein came in second and the party saw its vote drop by 0.4 per cent.

This time around, Sinn Fein has changed candidates and is hoping former Derry Mayor Elisha McCallion MLA can take the seat from Mr Durkan.

She topped the polled in the recent Assembly elections.

Now polls have closed, the votes will then be moved to counting centres.

The Foyle Arena at St Columb’s Park will be used to count votes for Foyle and East Derry.

It will be closed to the public to facilitate the counting process. Now the voting is over, all eyes turn on the count centre tomorrow at the Foyle Arena

St Columb’s Park will also be closed to the public from the Limavady Road entrance with no access to the area from Browning Drive.

Fencing will be erected to close off walkways to the Limavady Road entrance from within the Park.

Counting will begin on Friday morning and the first results are expected by lunchtime.