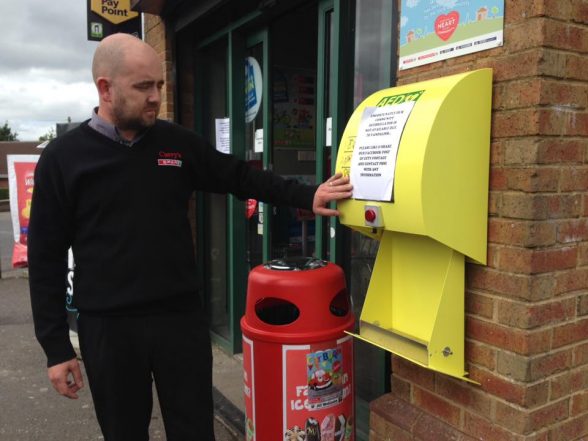 THERE is anger after a piece of life-saving equipment was stolen from outside a shop in Derry.

The defibrillator, which was paid for with money from the local community, was stolen from outside the Spar shop on Rossdowney Road.

The PSNI said: “The defibrillator was put there for one single purpose: TO SAVE LIVES! “If anyone has any knowledge of who stole it please contact Police on 101.

“If the person who took it manages to find even the tiniest fraction of a conscience please return it.”

Last year a 14-year-old boy was convicted at Derry Magistrates’ court after causing criminal to the same defibrillator.

CCTV footage showed a male approaching the Waterside shop in the early hours of one Sunday morning.

He was seen activating the device before throwing it onto the Rossdowney Road.

The equipment was installed outside the Church Meadows Spar shop after a major fundraising campaign by the local community.

Shop manager, Richard Campbell said at the time that the defibrillator was a vital piece of equipment bought by the local people for use in the worst-case scenarios.

“It’s life-saving equipment, accessible 365 days a year, it doesn’t require any training and it’s free to use,” said Mr Campbell. 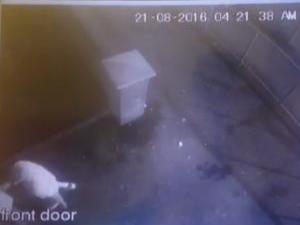 “He’s taken it in his hand, launched it across the road, smashed it and destroyed it – £1,500 of life-saving equipment in pieces.

“We’ve been fundraising for about 12 months and we’ve only had it installed for two months. It took a lot of effort and time to get it installed,” he added.

“The local people in this town, customers, that’s who raised the money, and they are disgusted and so are we.”

ANGER AFTER DEFIBRILLATER STOLEN OUTSIDE DERRY SHOP was last modified: May 30th, 2017 by John