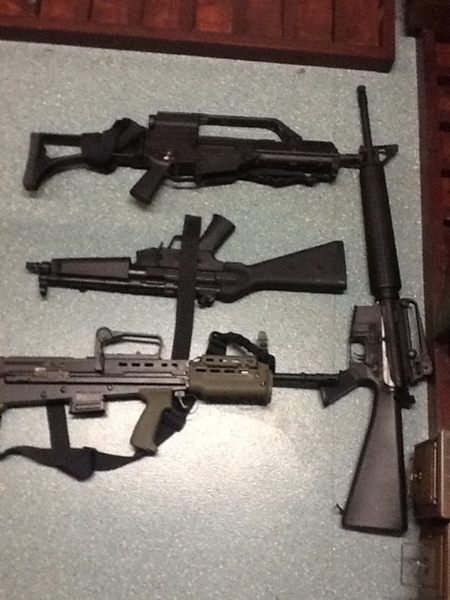 POLICE in Derry are jubilant after taking these weapons of the streets of the city today.

The imitation weapons were located by members of the PSNI Foyle’s Waterside Neighbourhood Policing Team (NPT) this morning.

They will now be forensically examined.

As well as seizing the weapons, Waterside NPT also arrested a male who ran off following a suspected theft.

A suspected accomplice in the theft has also been identified say police.

And Waterside NPT also arrested a drunk drive, making the streets of Derry a lot safer for motorists and pedestrians.

“Can you guess what Waterside NPT have been at this morning before lunchtime?

bonus prize for guessing which one in the picture is actually real!?!?

2. Catch a young fella running away from us after he was suspected of being involved in a theft

3. Identify his accomplice.
4. Assist in the arrest of a drunk driver