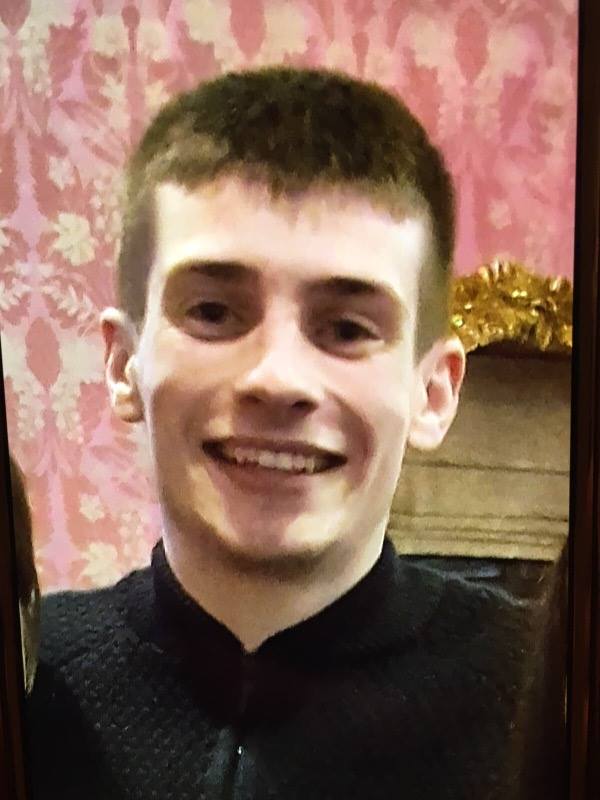 DEAN WAS ‘FULL OF FUN AND HAD A BEAUTIFUL HEART,’ PRIEST TELLS MOURNERS HUNDREDS of people have paid their respects today at the funeral of Derry teenager Dean Millar who went missing last month.

Mourners packed into St Mary’s Chapel in Creggan for the 10 am Requiem Mass.

Parish Priest Father Joe Gormley said the 18-year-old had a “beautiful heart” and was “lavished with love” by his sorrowing parents, Patrick and Deirdre, and by his sisters Shannon and Kelsey.

“He was loved not just in his home, his smiling presence could light up any room,” Fr Gormley told mourners.

“He was full of fun.

“With his friends he was willing to share that joy first when he went to school at Rosemount Primary School and then at St Joseph’s College.”

He said Dean was a familiar figure at Pilot’s Row Youth Club where his friends had deeply felt his tragic death.

“Dean looked out for those who were weaker, especially children. He had a beautiful heart,” said Fr Gormley.

Dean had been out with friends in the early hours of Sunday, March 12 and left saying he was heading back to his family home in Broadway.

But tragically he never returned to his loving family.

A massive land and sea search was launched after it was believed he entered the River Foyle at Craigavon Bridge.

His remains were located last Tuesday after almost six weeks of searching by rescue team, family, friends and volunteers

Following Requiem Mass today, Dean was laid to rest in the City Cemetery.