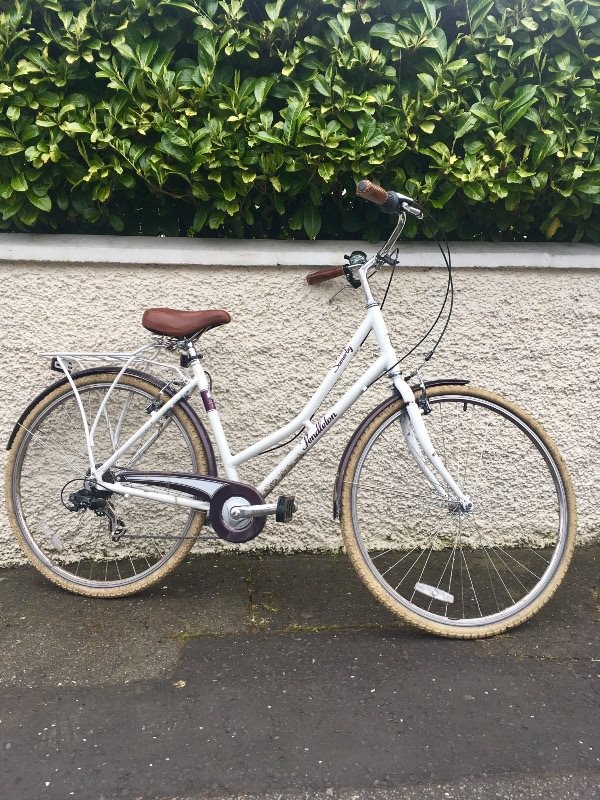 This bike was stolen after the female owner fell off it. Police later returned to her after she was treated by paramedics

THE PSNI say Waterside NPT and some very kind members of the public assisted a young lady who had come off her bike in Derry.

The incident happened on Victoria Road.

PSNI Foyle said on its Facebook page: “She was taken to hospital by ambulance and checked over. Good work we thought…

“We then got to hear of a report of a stolen bicycle near to the same location.

“Being the cunning young (I use that term loosely for my colleague) detectives that were are, we put our heads together and located said bicycle.

“Her face was a picture when we showed up at her home address not only to ask how she was, but also to ask about the theft!

“The bike was returned to its rightful, and very happy, owner by Waterside NPT and LPT2 working together.”

Police added that a Community Resolution Notice was issued over the theft.

WOMAN INJURED IN BIKE FALL HAS STOLEN BICYCLE RETURN TO HER BY POLICE was last modified: April 18th, 2017 by John