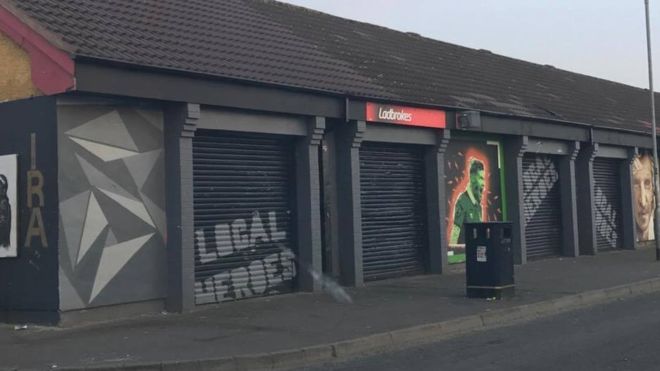 DETECTIVES from the PSNI’s Terrorist Investigation Unit (TIU)  based at Maydown have made a fresh arrest as part of its probe into a dissident republican shooting last week.

The PSNI say a 19-year-old male was arrested today in Meenan Square in the city over the shooting on Monday, March 27 at a bookmakers shop in Creggan’s Central Drive.

He has been taken to the serious crime custody suite at Musgrave police station in Belfast for questioning.

A 23-year-old man was shot in the leg in the incident last month.

Detectives are continuing to investigate and would appeal to anyone with information to contact them at the Terrorist Investigation Unit on 101, quoting reference number 1169 of 27/03/17.

Alternatively, information can be given anonymously to the Crimestoppers charity by telephoning 0800 555 111.

A number of men were arrested last week over the shooting but were later released unconditionally from custody.

Local politicians condemned the attack and called on dissident republicans to dissident.

Days later a former republican prisoner was at a laneway in Glenowen Park.

The attack is believed to have related to a row on St Patrick’s Day.