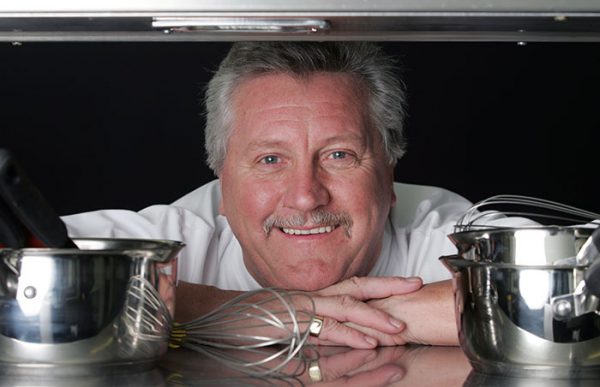 LegenDerry, which is taking place on March 17th-19th from 12noon until 6pm, is supported by Tourism NI and DAERA’s NI Regional Food Programme as part of Council’s St Patrick’s Spring Carnival, and the event won Best NI Food Event at the recent NI Year of Food and Drink Awards.

Mayor of Derry and Strabane, Alderman Hilary McClintock, said she was delighted that Council had attracted well-known TV personality Brian Turner, together with a host of home grown celebrity chefs including Jenny Bristow, Paula McIntyre and Brian McDermott, for the region’s premier food festival which is guaranteed to have a carnival flavour coinciding with the St Patrick’s weekend celebrations.

The Mayor continued: “LegenDerry Food Festival will run for three days across three zones with a feast of family-friendly activities for everyone to enjoy. As well as all the live cookery demos and delicious food on offer in Guildhall Square, our top regional producers will showcase an array of mouth-watering products in the LegenDerry Food Hall in the Guildhall’s Main Hall.”

London-based culinary guru Brian Turner, CBE, will wow foodie fans on Saturday, March 18th with demos in the impressive Festival marquee which will dominate Guildhall Square over the weekend.

The Yorkshire-born TV chef and restaurateur said he can’t wait to visit LegenDerry which judges at the Year of Food and Drink Awards described as a “massive success”, attracting more than 36,000 visitors as a two-day event last year.

He continued: “I am delighted to be taking part in Derry City and Strabane District Council’s LegenDerry Food Festival, which was NI’s Best Food Event during Year of Food and Drink, and has done so much to put the region on the map as a leading international food tourism destination.

“I’ve heard fantastic reports about the city and district’s famous hospitality and am eagerly looking forward to meeting chefs, producers and visitors who will be flocking to Derry and the North West which is Northern Ireland’s ‘Destination Delicious’.”

Brian McDermott – resident chef on RTE’s Today Show – will compere the culinary action on the main stage in the LegenDerry marquee’s Theatre of Food on Saturday, March 18th.

Two of NI’s best known female chefs will double up on Sunday, March 19th with Paula McIntyre compering the demos headlined by the ever popular Jenny Bristow.

Another well-known chef, still to be announced, will headline the opening day of LegenDerry on Friday, March 17th, with Barbara Collins, the experienced broadcaster and Irish Food Writers’ Guild member as guest compere.

Make sure to arrive hungry as a fine selection of local restaurants and hotels will also be cooking up a storm on the Boulevard of Chefs within the Festival marquee with a selection of signature dishes to try and buy. If al fresco street food is more your style, vendors will tantalise your taste buds with sweet and savoury culinary delights against the backdrop of the historic City Walls in Guildhall Square.

The carnival atmosphere will be enhanced by live musical performances, street theatre and LegenDerry themed family-friendly activities for locals and visitors to enjoy. Children’s Arts and Crafts in Guildhall Square will keep the little ones entertained, and make sure to bring them to the majestic Guildhall too for lots more foodie workshop treats.

Yorkshire native Brian Turner trained in some of London’s top restaurants including The Savoy and Claridge’s before opening his own restaurants, and is President of the Royal Academy of Culinary Arts.

A featured chef on BBC2’s first ever ‘Ready Steady Cook’, Turner served more than 14 years on the popular daytime show as well as many appearances on This Morning, Saturday Kitchen and more recently his own BBC shows, ‘A Taste of Britain’ and ‘My Life on a Plate’.

In June 2002 Turner was awarded a CBE for his services to tourism and training in the catering industry.

He has since become an Honorary Professor of The University of West London, a Fellow of the City and Guilds of London Institute as well as receiving Honorary Doctorates of Science at Leeds Metropolitan and Sheffield Hallam Universities.

Turner was also the recipient of an Honorary Apprenticeship Award which complements his work with the Adopt a School scheme and Future Chef competition, which encourage young people to pursue careers in the catering industry.