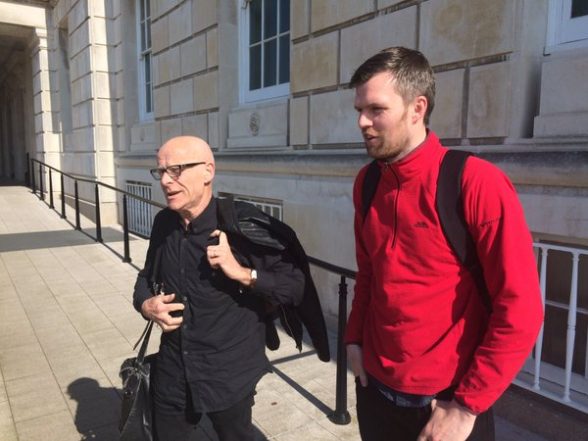 The anti-establishment party will attempt to retain the socialist campaigner’s seat in Foyle and hopes to add a second in West Belfast where it topped the poll last May.

It was unable to field candidates in more constituencies as it had been planning to during council elections in 2019.

The party was one of the first to call for a Stormont election over the ‘cash-for-ash’ Renewable Heat Incentive (RHI) boiler scandal although it threatened its own seats, it said.

Mr McCann said: “The election probably came too soon for us.

“We were in the process of expanding outside our original bases, we had a five year plan to expand and put our roots down deeper, so that is disappointing.”

The number of Stormont Assembly members elected is falling from six to five in each of the 18 constituencies.

Richard Boyd Barrett, TD for Dun Laoghaire, said the north/south party had distinguished itself by doing what was right in demanding an election in Northern Ireland.

He added: “It showed that they were prepared to call for an election even though it threatened their own seats.”

A candidate launch was held in Belfast this week

The party accused Sinn Fein of moving into the centre ground and leaving their working class base exposed.

Mr McCann said they were not specifically targeting Sinn Fein and appealed for DUP voters to join their “genuinely radical” alternative to the last coalition.

He claimed corruption was endemic at Stormont – although a public inquiry into the RHI scheme has yet to begin public hearings.

Mr Carroll said: “We think we can grow an anti-establishment voice in this election and a voice that has more say inside Stormont.” Mr Boyd Barrett claimed the political establishment was willing to sell the interests of ordinary people to corporate vultures.

“Right across the world the political establishment is in trouble and we can see two clear choices emerging.