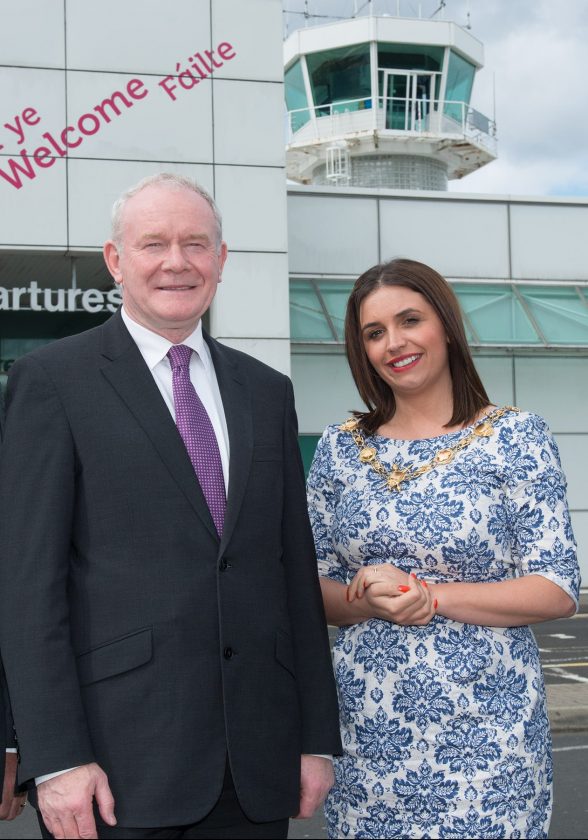 SINN Féin Assembly Candidate for Foyle Elisha McCallion has welcomed the announcement that Health Minister, Michelle O Neill is the new Leader of Sinn Féin in the North.

The former Mayor of Derry said: “I join with my Sinn Féin colleagues in the North and across Ireland in welcoming the announcement that Health Minister Michelle O’Neill is our new Leader in the North.

“I have no doubt that Michelle is more than capable of giving us and the people of the North the kind of Leadership inspired by Martin McGuinness who she rightly described in her acceptance speech as a political giant.

“While others content themselves by shouting empty rhetorical slogans from the sidelines Sinn Féin confronted the arrogance, incompetence,inequality and perception of corruption displayed by the DUP over recent times.

“Following Martin McGuinness display of decisive leadership in tendering his resignation Michelle led from the front in making it clear that following these elections there will be no return to the status quo.

“She has articulated the standard which Sinn Féin requires of other parties if we are to form a new partnership government.

“Martin McGuinness called a halt to DUP arrogance and intolerance and we will not accept any return to a situation where one Party of government believes that it can treat certain sections of society with contempt and inequality.

“Arrogance and disrespect, financial scandal, incompetence or waste of public money are the things that will be met with intolerance by Sinn Féin.

“Sinn Féin are only interested in participating in the power sharing institutions if they deliver for all the people and not just some and they must operate on the basis of equality and respect.

“Following the election, there can and will be no return to the status quo.

“Sinn Fein is entering this election seeking a stronger mandate to enter the negotiations which will inevitably follow to defend your interests and firmly put your social, economic and political interests first.

“We are determined to restore integrity and respect to the political institutions.