SINN Fein has warned that exiting the European Customs Union creates a “hard border on the island of Ireland”.

The party was reacting after British Prime Minister Theresa May said that Brexit meant leaving the European Customs Union when she outlined her plans for the the UK to leave the EU.

The European Customs Union currently allows tariff and paperwork-free trade between the UK and the Republic of Ireland.

But the Prime Minister said: “Full membership of the customs union prevents us from negotiating our own comprehensive trade deals.”

She said she would now seek to negotiate a new customs deal with the EU, which would allow tariff free trade to continue.

However, If a deal cannot be achieved it could lead to the return of some form of customs checks along the Irish border.

“Warm words, soft words from Theresa May mean nothing.

“She has agreement with no-one in these islands in relation to how to move forward.

“She doesn’t have agreement with the European Union on how to move forward.

“It’s clear today from Theresa May’s Brexit statement that the views and opinions of the people of north have been completely ignored.” 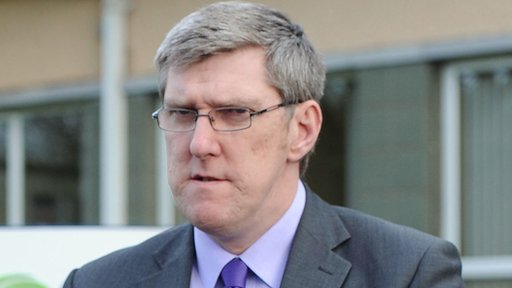 Also in today’s speech, the prime minister said maintaining the common travel area between the UK and Republic of Ireland would be a priority during Brexit negotiations.

She said: “No-one wants a return to the borders of the past”.

“Our guiding principle must be to ensure that as we leave the European Union no new barriers to living or doing business within our own union are created.

“The United Kingdom will share a land border with the EU and maintaining that common travel area with the Republic of Ireland will be an important priority for the UK in the talks ahead.”