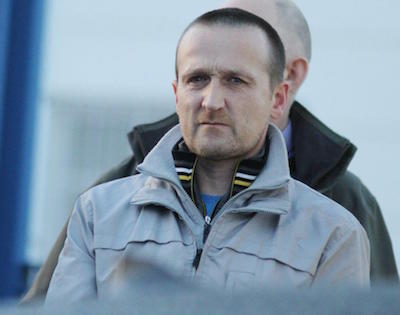 DERRY MAN WITH 474 CONVICTIONS JAILED OVER SPATE OF BURGLARIES

A DERRY man with a staggering 474 previous convictions has been jailed for a total of five months for a series of burglaries.

Eamonn Lynch appeared at Letterkenny District Court charges with a number of thefts between July and September last.

The court was told that Lynch had stolen a generator worth €400 from Cross, Killygordan on September 6th last.

He also stole house and car keys from the home of Tanya Kees on July 18th and on the same date he entered the home of Kevin Doherty of St Johnston and stole a laptop, mobile phones and other items.

However, father-of-three Lynch, aged 43, and two other suspects were disturbed and ran into local fields only to be arrested later by Gardai.

Garda detective Michael Galvin gave details of the break-ins and Lynch’s arrest saying he initially denied knowledge of the burglaries but then came clean.

Solicitor Frank Dorrian said his client had a serious drug and drink dependancy but had been clean for the past three months.

Garda Inspector Michael Harrison said that Lynch had a total of 474 previous convictions in Northern Ireland, and that more than 50 of those related to burglary.

Judge Paul Kelly sentenced Lynch to a total of five months in prison.

Lynch was handed over to Gardai on the Derry/Donegal border last month after a Belfast court approved his extradition.

He was wanted by Gardai on a charge of death by dangerous driving.

DERRY MAN WITH 474 CONVICTIONS JAILED OVER SPATE OF BURGLARIES was last modified: January 11th, 2017 by John