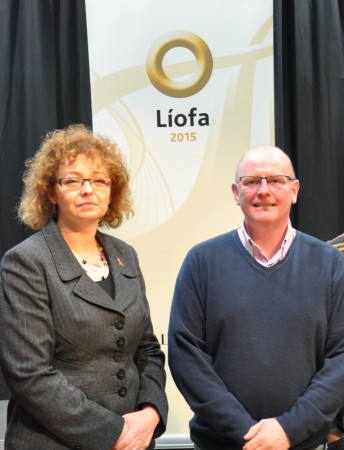 The Derry politician said: “This decision by DUP Minister Paul Givan to remove £50k bursaries from the Líofa initiative shows further disregard for the Irish language.

“This scheme has helped people from right across the community and is not only an attack on the Irish language but on Irish culture and identity as well.

“Since it was set up by my party colleague Carál Ní Chuilín, Líofa has been hugely successful and has helped thousands of people learn and improve their Irish.

“These people are from every political, religious, social and cultural background.

“The DUP minister decided to cut £50k from the Gaeltacht bursary scheme in the midst of the Renewable Heating Incentive (RHI) scheme crisis, presided over by other DUP ministers, which will now result in an actual loss to the Northern Executive’s total budget of approximately £500 million.

“Paul Givan must heed public calls and accept he has done the wrong thing in this instance.