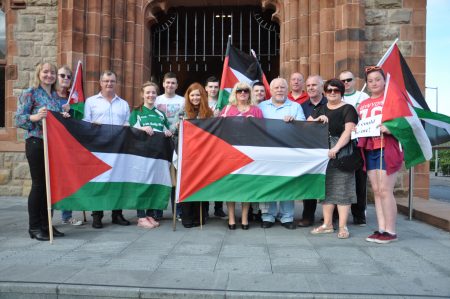 The Foyle MLA said: “Sinn Féin has consistently called on the international community to put pressure on Israel to end its policy of illegally seizing Palestinian land.

“The UN Security Council resolution, which demands that Israel cease all settlement activities in the occupied territories of Palestine, including East Jerusalem, is an important and positive step.

“Israeli aggression and their refusal to adhere to UN mandates will not resolve the crisis of the Middle East.

“This international condemnation of Israeli policy offers strong support for the two-state solution.

“I would echo the comments by Palestinian President Abbas that this resolution is a ‘big blow to Israeli policy’.

“Sinn Féin views Israeli actions on building illegal settlements as a violation of international law and a major obstacle to securing a peaceful resolution based on the two-state solution and the recognition of the 1967 borders with East Jerusalem as the capital of Palestine.”