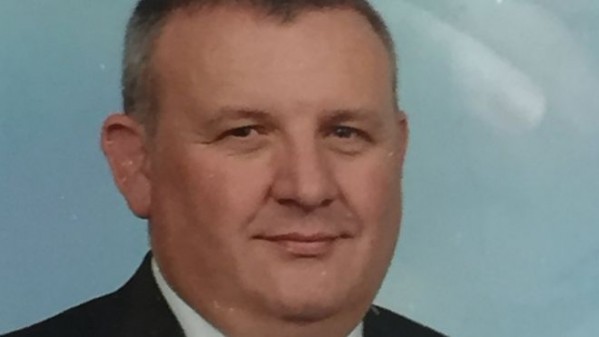 ADRIAN ISMAY MURDER SUSPECT BACK BEHIND BARS AFTER BAIL BREACHES A DISSIDENT republican terror suspect charged with murdering prison officer Adrian Ismay in Belfast has been thrown back in jail for breaching his bail conditions.

Christopher Robinson, of Aspen Park in Dunmurry, had his bail revoked at Belfast Magistrates’ Court today over Facebook comments about a policeman’s photo.

He also had in his possession a mobile phone which he was obliged to inform police about under his strict bail conditions.

He also faces a further charge of possessing explosives with intent to endanger life.

Mr Ismay suffered serious leg injuries when a booby-trap bomb exploded under his  Volkswagen Transporter vehicle in east Belfast as he headed to work.

Eleven days later, the 52-year-old father died after he was re-admitted to hospital.

Robinson – who worked with Mr Ismay as a volunteer in the St John’s Ambulance Service – is allegedly linked to the bombing by CCTV footage of a car believed to have been used when the device was planted at the victim’s Hillsborough Drive home in the early hours of March 4.

Forensic examination of the car revealed traces of RDX, a component in high explosive material, on its rear floor and seats.

Earlier this month, a prohibition was imposed on him putting messages on social media.

In court on today, a judge decided after hearing evidence from a police officer that Robinson to revoke his bail and the suspect was taken away by prison guards to Maghaberry prison.

He will appear back in court next month for a further remand hearing.