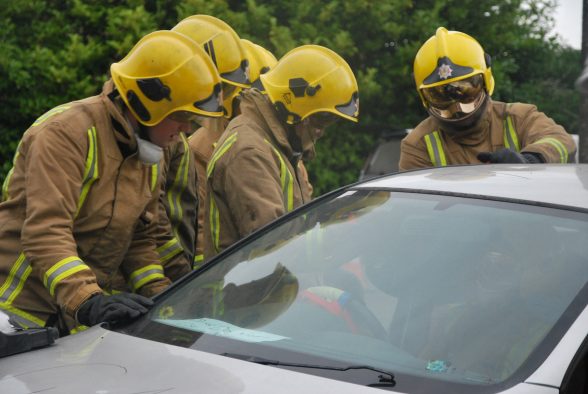 “He was conveyed to hospital by ambulance.

“The second casualty, a 36-year-old man was self-rescued fom the other vehicle, was assessed by ambulance personnel at the scene.

“Fire crews from Kilrea and Ballymena stations attended the incident.”