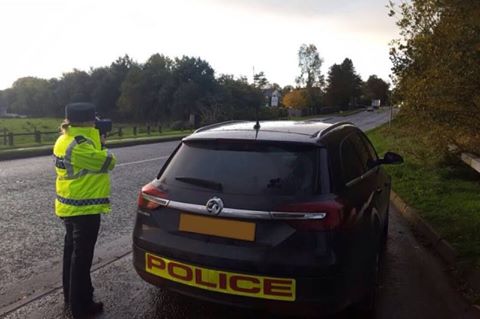 Police conducting a laser speed operation this morning in Magherafelt

POLICE in Magherafelt say the responded last night to reports of anti social driving in the Hillhead Road and Union Street areas.

A spokesperson said: “Police will continue to monitor these areas following these reports and will deal with any offences found robustly in order to keep everyone safe on our roads.”

Meanwhile, officers from C Section conducted a Laser Speed Operation this morning on the Moneymore Road in Magherafelt.