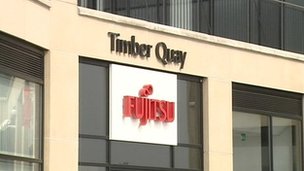 The company announced on Monday that it was shedding 1,800 jobs across the UK from next year.

Around 250 are employed in Derry.

Unite the Union said Derry will be “impacted” by the job cuts.

Said Mark Durkan MP: “I have spoken to local management who yet again are very clear about the quality of skills and performance that they have enjoyed from the local workforce.

“It was these skills and efficiency which has earned these jobs for themselves in the first place and then later ensured jobs for new colleagues when the company expanded.

“Whatever the challenges that the company is trying to absorb in reshaping the profile of its workforce.

“It will be the job of all of us as public representatives to work with local management, the Trade Union UNITE and the various agencies right up to the Minister to help to ensure we maximise these valuable jobs in the North and especially here in Derry,” he added.