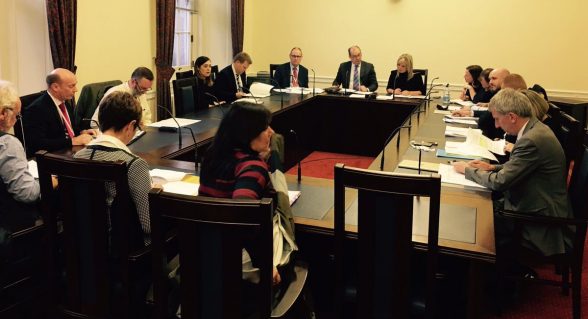 HEALTH Minister Michelle O’Neill has said work must continue to drive down the “stubbornly high” rate of suicide in the North of Ireland Ireland.

She was speaking after hosting a ministerial meeting yesterday on suicide prevention today.

The Minister said that a “cross departmental and partnership approach was vital” in tackling the problem.

According to the department, there are around 280 deaths every year – with the rate having risen in 2015.

Statistics shows that more than three quarters of those who sadly took their own lives were men – 245.

Ms O’Neill said the three-year average for the North has remained unchanged in the last 10 years and it comes despite direct investment of £7 million annually.

“I have no doubt that, through the unstinting efforts of community groups and statutory services, lives have been saved,” said the minister.

“However, every life lost is one too many and we must continue to work together across government and other sectors to reduce the incidence of suicide.

“There remains a strong health inequality aspect to suicide.

“Men continue to be three times more likely to die by suicide than women.

“This health inequality is something that I am determined to address and we must focus our resources on tackling the differential.”

MEN IN NORTH MOST LIKELY TO TAKE THEIR LIVES AS SUICIDE RATE STILL ‘STUBBORNLY HIGH’ was last modified: October 11th, 2016 by John