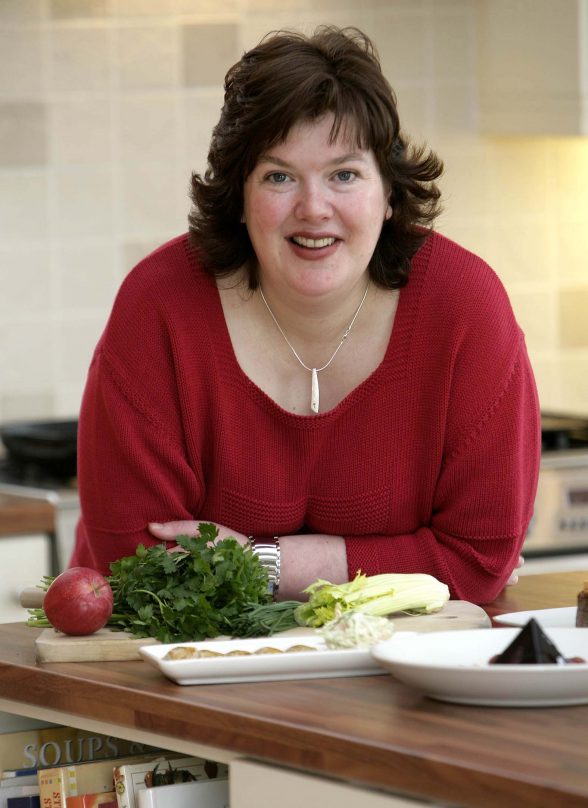 The Slow Food Festival will be centred in Guildhall Square from 12noon until 6 pm on Saturday, October 8th and Sunday, October 9th, supported by the Department of Agriculture, Environment and Rural Affairs (DAERA), Northern Ireland Regional Food Programme with assistance from Slow Food NI.

There will also be tours of Butterlope Social Farm at Plumbridge by shuttle bus and an eco-tourism experience at St Columba’s Heritage Centre, which will bring to life stories of our forgotten and local foraged foods focusing on seaweeds and other edible, sustainable wild foods, their traditions, myths and cures.

Mayor of Derry and Strabane, Alderman Hilary McClintock, warmly welcomed the Council’s initiative in organising the upcoming event which will embrace the aims and objectives of Slow Food, a global, grassroots movement founded in Italy in 1989 which links the pleasure of food with a commitment to community and the environment.

“Slow Food recognises the fact that Northern Ireland has a unique culinary heritage with indigenous breads, fish from the loughs, world class produce and progressive artisans contributing to the agri-food sector in the province.

“We are very proud to be leading the way as a Council in promoting our local food provenance through the commitment of dedicated producers and suppliers which has contributed hugely to the city’s rising reputation as a food destination of note.”

“Building on the legacy of our previous festivals which attracted thousands of visitors to the banks of the Foyle in March, April and July this year, and other Year of Food events including our success as a finalist in Ireland’s Foodie Destinations 2016, we are delighted to be hosting the first Slow Food Festival in Northern Ireland, linking into a global movement that has supporters in more than 150 countries around the world.

“There will be lots of free family entertainment with arts and crafts, petting farm and children’s demonstrations including an edible garden and pea potting stand.

“Festival-goers are in for a real added treat with opportunities on some of the guided food tours to view fresh produce available at this time of year, learn about growing your own vegetables and the free food available by foraging in the countryside.”

Paula McIntyre, Director of Slow Food NI and Slow Food UK Board member, explained: “Slow food is the opposite of fast food, it’s not about slow cooking, it’s about slow production and letting things grow naturally, for example vegetables which are seasonal, hopefully organic but not always, and grown without pesticides.”

The Slow Food movement promotes the rearing of animals in the traditional way, encouraging the use of rare breeds, with meat allowed to mature slowly without the use of growth hormones.

According to the popular BBC Radio Ulster chef presenter who will be taking part in live cookery demos throughout the Festival weekend, Slow Food is reminiscent of the way many of our grandparents lived off the land, right down to sitting around a table and eating together as a family.

“It’s knowing where your food comes from and taking the time to enjoy it. Slow Food has some of the best chefs in the world and it is something I am really passionate about. Yes, we talk about ethics and issues and we should all care about our food and where it comes from but I want this Festival to be fun and interactive and it’s great that it’s happening in Derry,” she added.

Paula McInytre is a Slow Food Chef Alliance member alongside the likes of Raymond Blanc of Le Manoir aux Quat’Saisons, and will be travelling to the Terra Madre Salone del Gusto international Slow Food convention from September 22nd– 26th that brings thousands of farmers and food producers from 150 countries including Northern Ireland to Turin, Italy every two years.

For further information on the Slow Food Festival and how to book places on the tours, visitwww.derrystrabane.com/food where a copy of the programme will also be available soon.